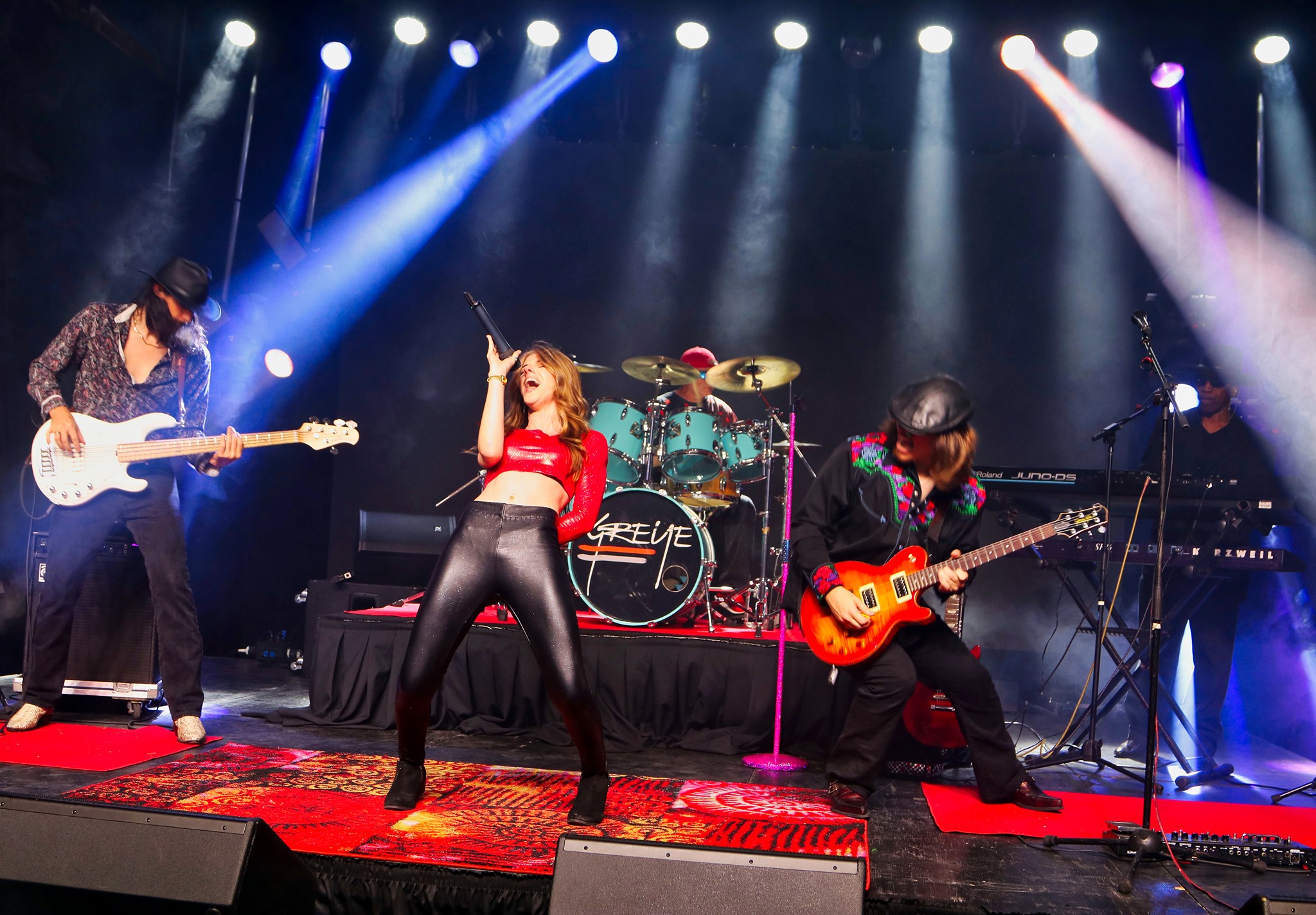 Rather than steering clear of the powerful grooves the slash through the music like a hot knife through butter, Greye’s lead singer doesn’t shy away from putting her vocal right in the center of the chaos in songs like “Come and Get Me,” “Over My Head,” and the titular track in the band’s new album So Far So Good. She’s got nothing to hide from in this record; on the contrary, she’s one of the most visible elements in every one of the ten songs in the tracklist, if not the driving force giving every melodic twist in the material its signature stunning power. The mainstream product has grown quite stagnant for anyone but those who enjoy watered-down heavy music in 2021; Greye makes something for the rest of us, and their fifth LP might be their strongest one yet.

The vocal delivery certainly isn’t the only empowering component of the music in So Far So Good – in tracks like “Play God,” “End of the Line,” and “I Don’t Mind,” the guitar and bass unite to forge such a sterling wall of melodic might that it’s impossible for the listener to step away from each song without feeling the impact of their suffocating harmony. The girth of the grooves, the textural expressiveness of the string parts, even the relationship between our singer’s verses and the beat that would guide them forth in “Shoulda Coulda Woulda” has a role in enriching the catharsis already present in these lyrics, making even the simplest of moments feel like an important one in this record.

The crash of the percussion in lead single “Lucky” and the smoke-stained “Burn” feels a little different than it does anywhere else here, but this is likely because of the concert possibilities that these two specific compositions hold from a critical perspective. They feel like they were born of jam sessions, which isn’t to minimize the value of more repetitious recordings on So Far So Good like “Over My Head” and the sterling “Growing Pains,” but instead to highlight how immense the potential each song might bring to the table if performed in the proper venue. I’ll have to see them myself to find out, but I bet every one of the tracks in this LP could probably find a second life on stage no one could picture just from listening to the album on its own.

Greye have had over seven years in the indie spotlight to get good at making frills-free rock n’ roll, but just from analyzing the finer points of So Far So Good, I think it can be said that they’re one of the leaders in their scene – and perhaps all of the southeastern rock circuit in general right now. Florida’s underground is booming in ways I don’t think a lot of critics saw coming at the start of 2021, and while there hasn’t been nearly as much discussion about the rockers coming out of the state, that could very well change if Greye successfully get So Far So Good to the AOR market it was made to satisfy.