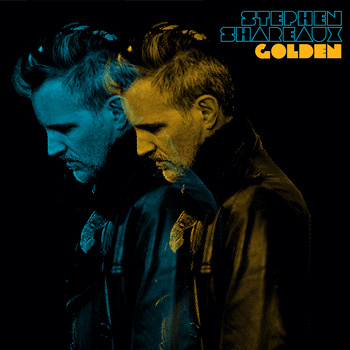 Stephen Shareaux is a musician who works on his craft in the city of angels; Los Angeles. He just dropped his debut solo record, “Golden,” on November 5, 2013 so it’s ready for listening consumption. The album starts strong with “Between Us.” This alternative rock song relies on the guitars that drive it home. The rock takes a break as Shareaux eases into “Stay.” It’s a sentimental song that showcases the heart on the singer’s sleeve. In an ironic twist, “R & R” isn’t that relaxing because it’s a song that’ll get you moving a bit. The same goes for “Kamikaze” but that was to be expected. The folk element of Stephen Shareaux’s sound is clearest in “Dead Roses.” You can hear the storyteller side of this musician’s work loud and clear here. You can’t leave without hearing about the album’s title track “Golden” though. It could be a contender for a Vh1 Top 20 Countdown alongside of those top 40 artists. If you’re into rock that’s got a pinch of folk, but it is overall alternative sounding — check out Stephen Shareaux’s “Golden,” out now. (https://stephenshareaux.bandcamp.com/)