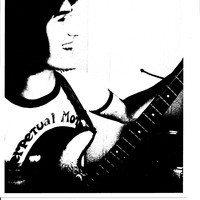 Steve Fritz is a man of many styles and it pays off because that makes him a Jack of all sounds. “Under the Surface” taps into the emotions of its listeners with its soft delivery and the lyrical content. “Fallen Short” gives you another side of Steve, a more America rock side ala Tom Petty. “I’ve Been Feeling You” offers up another side of this guy. It’s like he’s a Dungeons and Dragons die; too many sides to keep track of. This time around he’s got a slight 80’s vibe going on; almost getting into industrial — but not quite. “Don’t Taunt My Soul” is still sitting in the 80’s, but has more of a dark club feel. “Going a Little Crazy” takes us out of the decade that gave us Trapper Keepers and Madonna and takes us to the south. This is where Steve lets his hair down and does it like a Country boy. It doesn’t matter what kind of music you like, because it’s likely Steve Fritz has it in his catalogue. So there’s no denying him, check him out. (https://soundcloud.com/steve-fritz)