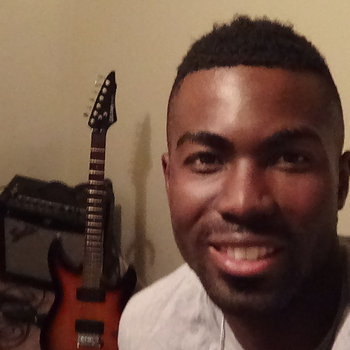 Swaylex is the nom de plume of Emanuel Williams, a young East Coast based multi-instrumentalist who’s made a quick name for himself uploading his one-man-band instrumental compositions to YouTube. “Scrale”, one of three recent uploads, is a first rate example of a young unknown musician putting his wares out into the marketplace with the kind of bravery and skill needed in an increasingly crowded musical world. His prodigious talents are apparent from the outset, but what’s equally apparent is his penchant for presenting those considerable skills in such a way that all but ensures an instant connection with listeners. Melody is never far away from the center of his concerns and the tracks like “Scrale” are framed in such a way that he is certain to garner notice from music devotees and casual fans alike. As well, he never belabors these performances – they are never too long and he shows a sure grasp on “Scrale” of knowing when to pull back and when to press his musical issues on the listener. It’s a thrilling ride.

Swaylex wastes no time. The song begins with the primary riff and mixes his guitar attack with busier drums than what we hear in his other uploads like “No Rules”. It never clutters up the track unnecessarily, however, and bracingly duels with his guitar work in a way that engages the listener. The primary riff guiding the song will likely connect with listeners from the first and is recorded and structured in such a way that it presents itself immediately, with a minimum of fuss, and the warm sound of Swaylex’s Ibanez guitar has just the right balance of effects and sonics to make for an invigorating listen. It’s certainly the guiding instrument of this particular piece and the mix of riffing and lead work Swaylex brings to the table will strike the right chord for many listeners and viewers.

Swaylex’s recording show a tendency fir marginalizing the bass sound and heightening its presence in the mix would undoubtedly help these songs make more of an impact than they already do, particularly in this case. Swaylex shows such aptitude here for crafting a strong rhythm section attack that one cannot help but wish he further exploited its potential. The song, however, shows the same air tight attention to construction heard in “No Rules” – Swaylex spends precious little time belaboring his musical points and accomplishes more in the song’s brief running time than some bands manage over the course of an album. It may seem like a relatively modest tune – superficially. However, considering the track is built from the ground up and composed by Swaylex alone, the hidden and understated ambitions are impossible to ignore. It’s equally impossible to ignore that this sort of major talent won’t continue to grow and develop at an exponential rate. Emanuel Williams, under whatever name he chooses to adopt, is clearly a talent on the rise.