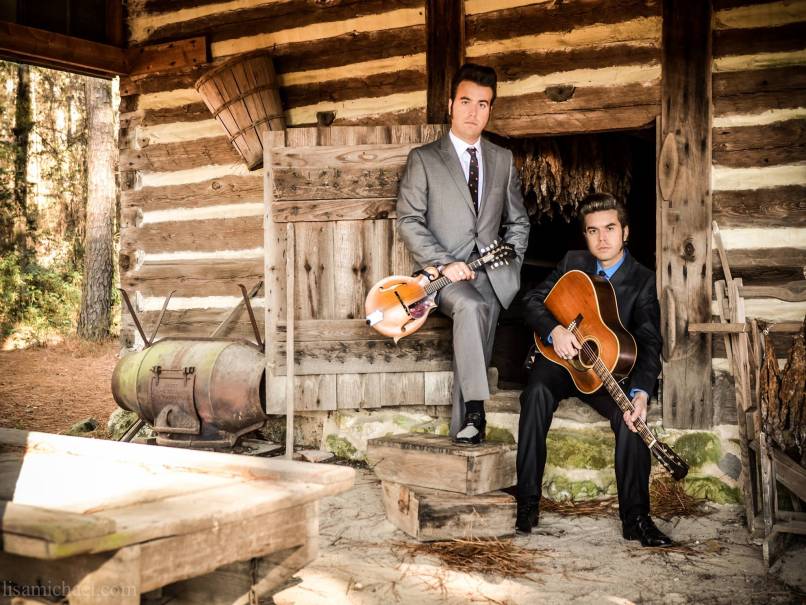 It is hard to review this album without a mix of jaw-dropped disbelief and silent admiration. Sporting the modern equivalent of Nudie suits and outrageous haircuts, Chris and Taylor Malpass look like men out of time spreading the gospel of steel guitars and honky-tonk piano to masses unaware of its appeal. Their debut album is a vision of country music that the Nashville songwriting machine plunders for imagery, but swore off years ago. A keeper of the faith in many ways, this duo’s first album is a tribute and statement, but never loses sight of its mandate to entertain its intended audience.

The opening two songs send a message to anyone paying attention. “A Death in the Family” and “Which One Is To Blame” is far from marquee country classics. The inclusion of such relatively unknown material from top country songwriters is a personal move, reflective of the duo’s childhood exposure to country music and subsequent experience.  They prove they are willing to make changes to the originals by taking “Which One Is To Blame” at a faster pace than its predecessor while steering it away from theatricality.

It’s easy to assume that “Hello Walls” is a mainstay of the duo’s live performances thanks to their stylish saunter through Willie Nelson’s humorous, heart-broken classic. Attention to detail is another strength in these covers and evidence of the consistent lengths the duo go to in order to produce an album that matched their ambitions. Their fearlessness is further evident covering the Marty Robbins classic “Begging to You”, but Chris Malpass’ vocal falters here and lacks the personality of the original.  Musically, however, the duo shows the same attention to detail mentioned earlier.

“I Found Someone to Love” is one of the album’s strongest cuts thanks to its direct and solid songwriting. Another strong vocal performance helps make an impact, but the beautifully simplicity of a song like this sometimes compensates for the consistent lack of surprise. The second of two Hank Williams Sr. covers, “I Just Don’t Like This Kind of Livin'” is a rueful, blackly comic take on the eternal struggles between men and women. It’s cut from the same cloth as better known Hank classics like “Move It On Over”, but the duo holds nothing back and gives another good performance.

This is likely an album that brings both men a tremendous amount of satisfaction and it should. This is professionally assembled, thoughtfully considered, and involving for its intended audience. However, it has limited appeal for fans of the originals and deviates little from boilerplate arrangements and licks.