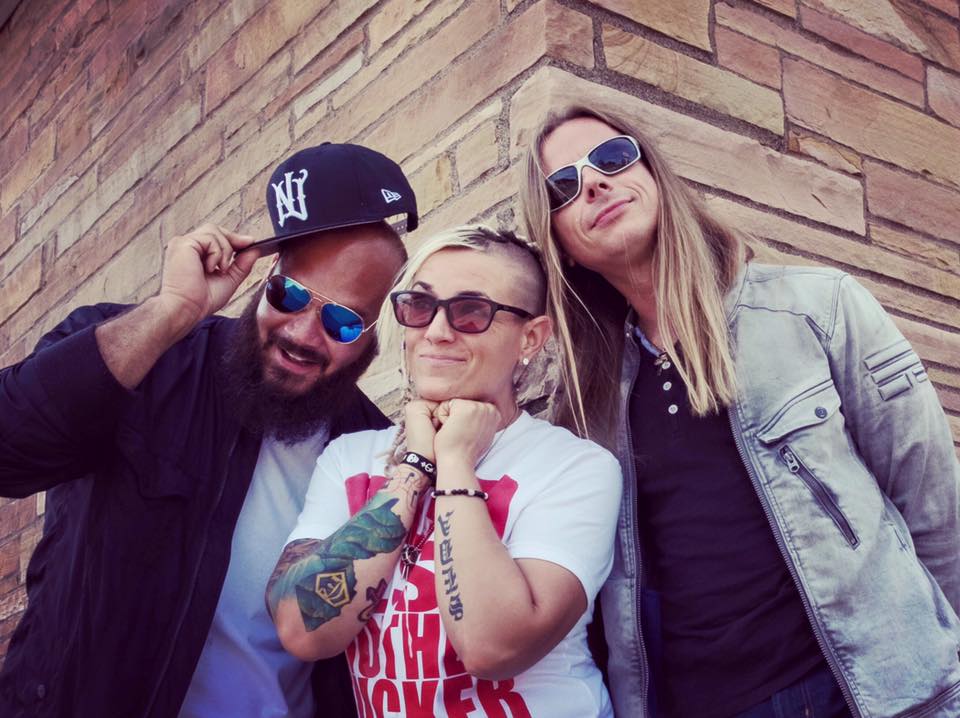 The Von, a three piece based out of South Florida, has released their second recording, a three song EP entitled 3nity. This firecracker of an effort doesn’t confine itself to a strictly hard rock approach and, instead, strongly pursues strains of pop and psychedelia thereafter woven cleanly into the classic power trio mix. They have a curious and satisfying ability to manifest a lot of presence without the music sounding too overcooked or bloated. Like a flash boxer, The Von are light on their feet, but there’s        quite a bit of technique and passion powering their impact. Unlike many groups of this ilk and lineage, The Von’s lyrics are intensely philosophical and, ultimately, humanist. The positive point of view promoted from song to song isn’t sentimentalized or reductive – instead, the songs are fueled by a voice inspiring us to pursue our best selves. They clearly had an idea from the start about the sound they wanted for 3nity and achieved it – it is a near perfect balance between the rough and the sweet, but never overwhelms the listener and knows when to pull back.

The release kicks off with an enormous opener, “I Know It’s Love”. This track begins with minimalist accompaniment with Luis Bonilla’s voice gliding over the top. His vocals are quite satisfying from the start to the finish – they find a good balance between power pop buoyancy and rock chutzpah without ever becoming histrionic or overwrought. He has the phrasing of a veteran singer who intuitively understands what the lyric needs and listens intently to the music for guidance on where his voice should go. The second song “Nature of the Beast” is probably the grittiest moment on 3nity. This is constructed largely around the huge groove that bassist Bonilla and drummer Elisa Seda bear down on, but guitarist Marek Schneider distinguishes himself with a mighty performance thanks to his lead guitar style and the often orchestral approach he takes to these songs. The mix of these two guitar approaches is often quite combustible.

The final song “My Heart Machine” runs nearly four minutes in length, but it has deceptive ambitions. The Von manage to invoke a wild amount of atmosphere in this small space and the transitions come quite naturally. The vocal style is a true revelation. Bonilla shows uncanny singing flexability, added some by production effects, that represents the performance’s crowning strength. 3nity ends with quite an impressive and often theatrical finale, but this is just as much a nuts and bolts rock band playing with gusto and inspiration. The song structures aren’t revolutionary, but they are so seamlessly locked together that few won’t appreciate the talent it requires for such an effect. The real instrumental highlights of this album, with no disrespect to Marek Schneider intended, come from the rhythm section tandem of Bonilla and Seda. Few duos in modern rock music play with such lockstep chemistry and they make each of these three songs formidable musical entities that aren’t soon forgotten. The Von has scored big with 3nity.