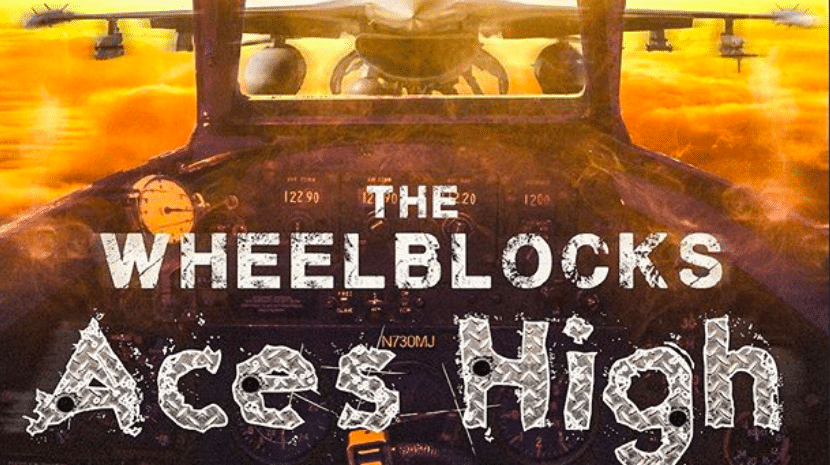 Nimbly attacking us with more force than a hurricane, there’s no stopping the barrage of beats and melodic carnage The Wheelblocks and Chris Jericho are throwing in our direction in their debut single, “Aces High,” and its music video. Staying true to a puritanical metal concept set forth by the original version of the song as it was recorded by Iron Maiden, The Wheelblocks’ version of “Aces High” has all the brawn we could ask for and a touch of sonic intensity that extends well beyond the presence of the guitar parts. Aural assault is the name of the game here, and this supergroup came to play.

Neither the music video nor the track itself are boasting much of any filler – truth be told, there wasn’t much space in the composition for extra fluff to begin with, but this rendition is all the more conservative in the gloss department. Jericho’s vocal bounces off the groove like a stray bullet ricocheting off solid metal, but there’s never much distance between his words and the riffs conceived to cushion them. “Aces High” is best described as a full-throttle beat-down more than it is a status quo metal single, and not because of the fanciful fretwork it’s provided through Nita Strauss and Phil Demmel.

Metal tracks that aren’t overly self-aware in one way or another aren’t easy to find anymore; in fact, I would even go so far as to say they’re becoming some of the forgotten gems of a genre that was once dominated by hedonism and disregard for conventions (social, compositional and otherwise). It’s in this spirit that The Wheelblocks are looking to answer the call for something fresh yet thoroughly indebted to the gods of heavy metal music in 2020, and to me, “Aces High” feels like the mere beginning of their quest.