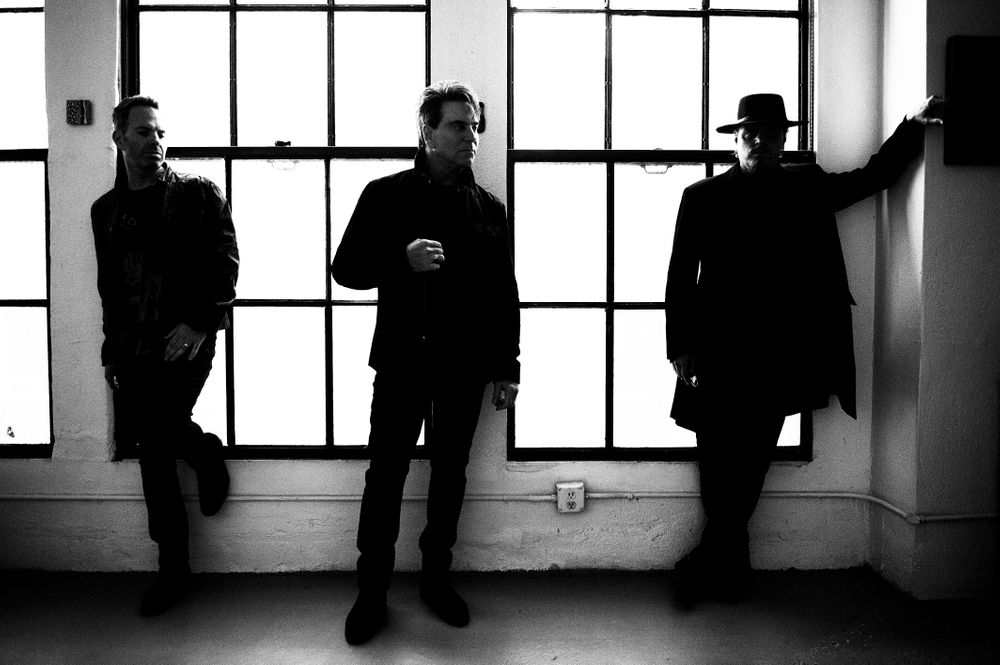 Though its presence is buried within the mix, as to act like a foundation more than a cosmetic feature, the key synth part in “Waves” provides us with a surprisingly strong and organic feeling of warmth throughout the course of this new single and music video from California’s own ASHRR. In “Waves,” industrial, gothic, synth-pop instrumentation and post-punk songwriting aesthetics intersect, resulting in what could be one of the more angular hard rock arrangements I’ve had the great pleasure of checking out this September. ASHRR came to do some real business here, and they aren’t taking aim at their California rivals exclusively.

As endearing as the instrumental edges are in this track, the vocal harmony is what gives the song its true punk rock finish. There’s so much attitude, so much sheer disdain for the mainstream model in the conveyance of every verse here that it’s difficult to separate where the overdriven sludge of the guitar begins and the guttural – but wholly melodic – pleas of our vocalist end. He’s pulling the jagged pieces together beautifully, and administering a sonic anesthetic more powerful than morphine with a lot more than his words alone.

There’s a ton of adrenaline coming at us in the rhythm of every instrument in this single, lending an enormous sense of urgency not only to the lyrics but the beats that frame them. Inelegantly and full of an abusive moxie we’re not expecting to encounter in the moments immediately following the chorus, the bass beats us in the face as if to suggest that time – both ours and the band’s the same – is running out. The intensity is something to marvel at, and likely something a lot of millennial fans won’t be quite sure what to do with (given the lackluster nature of the FM dial in 2020).

If this is what ASHRR are going to be bringing to the table this fall, I would say they’re more than ready to advance themselves up the hierarchy of indie SoCal players destined to make a difference in this newly emerging decade. There’s never been a more exciting time to be a part of the California underground, and despite the culture of isolation that has befallen all of the civilized world in the last year, this is an act that appears to be thriving under the circumstances – and developing some of the best alternative jams I’ve heard in a long time.