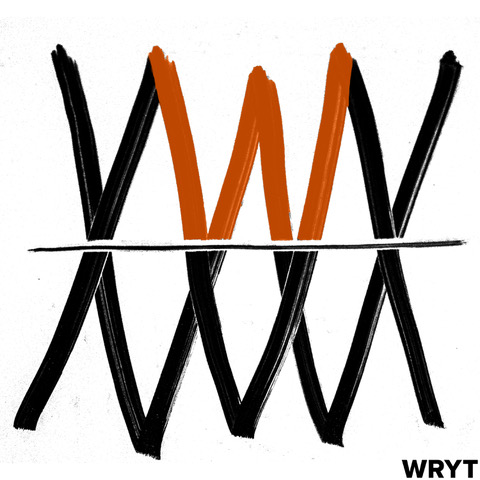 Washington D.C. continues to produce innovating and genre-defying artists. New to the scene is WRYT and its self-titled debut EP. The moniker of singer and songwriter Mychael Wright, WRYT mixes blazing, socially conscious lyrics and waves of guitar and percussion. Rock, pop or contemporary – these songs push the envelope and share a common thread of the voice of a generation. WRYT is exceptionally skilled at crafting meaningful lyrics and cobalt guitar riffs – “Ivory Tower” and “Milk and Honey” are not two sides of the coin. Rather, these two tracks are two steps forward.

“Ivory Tower”, the more pop rock-fused of the two songs, has a lush guitar arrangement. The instrumentation aligns perfectly with Wright’s confident vocals. He holds court with a sensitive side, his vocals grounded like Joey Scott (ex-Saliva) or Chris Daughtry. Wright is definitely rebellious and made for singing rock tunes, but he has a natural warmth that can’t be denied. “Ivory Tower” has subtle bluesy tones that merit a true American sound. The richness in Wright’s delivery is palpable; his stoic stance on the state-of-the-union as being divided, not united. It’s a chilling reminder of the summer of ’65 and ’20 mirroring each other. Wright holds his listener captive, though. His stirring tale a triumphant rock twist. I’m in awe of the words he weaves, and the modest guitar sound. He really could have let go with the guitar solo, but he held back the reigns just perfectly.

WRYT continues his critique of American society in “Milk and Honey”. This track is anything but soft, or blissful. Well, one might find the music bedrock modern and optimistic – but the biting lyrics send chills. The pain in the lyrics is stated, and felt. They deny, they take hope, they deny, they’re in control, they alight and scorn through fear, they deny, that we’re welcome here, Wright sings. His voice is beautifully vulnerable. Life’s scars coming through unscathed by the ever-present downbeat. WRYT sings with honesty, and with fiery desire in this wicked tale of juxtaposition and soured lessons. If you isolate the lyrics from the song, the storyline is consistently bold. The words flip the script, so to speak. Life is not pretty and stop acting like it is, he seems to sing. As listeners we can certainly read between the lines, and hear it at face value. The American dream is for not.

What is for certain is that WRYT is a powerful voice that deserves a broader platform. I mentioned the word beautiful about his voice and I’d like to reiterate that the beauty is deep within WRYT (and Wright!) but it’s authentic. Wright sculpts bass grooves and light wire – poetry in motion – in an audacious way. The real artistry is in WRYT’s lyricism. These words penetrate. They matter. WRYT is impressive yes, but I feel like it’s only the very beginning. WRYT should be on everyone’s radar. After listening to WRYT, I’m now convinced the future of rock music and music in general is in the perfect hands.