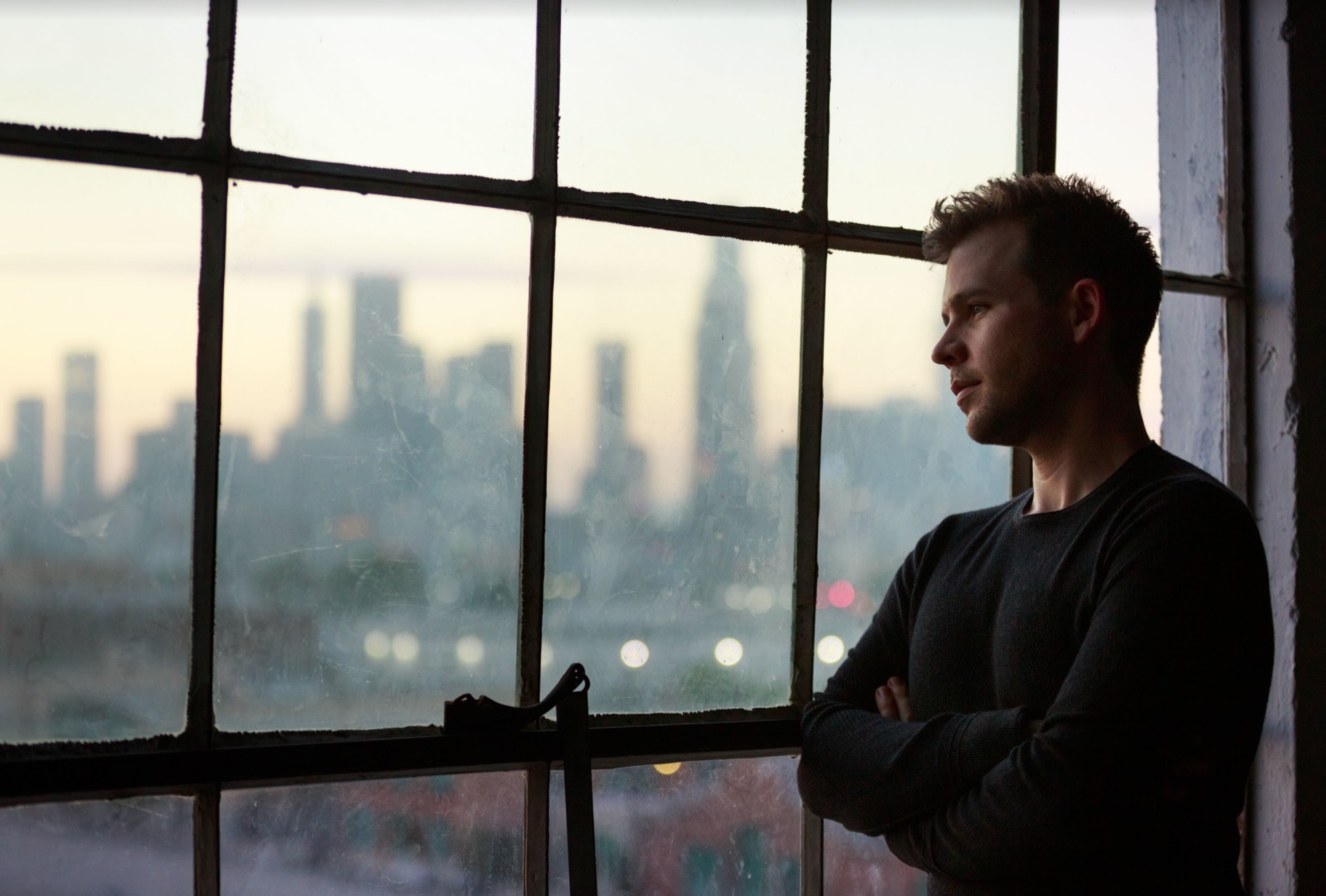 Giving us a melodicism that is both breakable and unstoppably strong, the piano that starts off “You’ll Be There” by Griffith Frank is arguably as expressive a force to be reckoned with as the lead vocal itself is. In this ballad of bruising desire we find a singer/songwriter reaching out to any kindred spirit who will listen, and he doesn’t have to work very hard to get the attention of anyone within earshot of his song. “You’ll Be There” is a striking, uncompromisingly personal track that gave me the shivers the first time I ever heard it, and while there’s a lot of smart balladry out right now, it stands as my favorite new release of 2021 thus far.

Barebones compositional foundations make it possible for us to appreciate the natural fireworks in this song, and I like that Frank doesn’t make any attempt to obscure even the more brittle points in the harmony with bloated synthetics. He wants us to experience the mundane cosmetic flaws with the robust tonal wonderment that accompanies them in this piece; for it is in this sort of format that we’re able to relate to his first-person protagonist in the narrative as though it were our own story being told.

The emotion in the music video for “You’ll Be There” is even more transcendent than I would have originally anticipated it being, and I think it’s made all the more affective by the subtle grandiosities of its soundtrack. Griffith Frank leads us into the crosshairs of misfortune from behind the piano like some divine spirit taking us on a journey of retrospection, and where his words contextualize the imagery we see before us, it’s his harmony with the keys that bears all of the weight in what’s being put together in beautifully artistic terms.

For a profoundly melodic vocal experience, I have to say that you would be hard-pressed to top what Griffith Frank is offering the world in “You’ll Be There” this year. 2020 saw a lot of singer/songwriters both celebrated and indie alike coming into prominence on the strength of a breakout summer for bohemian songcraft, but instead of following a specific trend in this new decade, Frank is creating his own identity in this performance independent from any mainstream model. I cannot wait to hear how he develops his approach to lyrics and music the same in the future, and right now I’d rank him in the top tier of his scene without question.