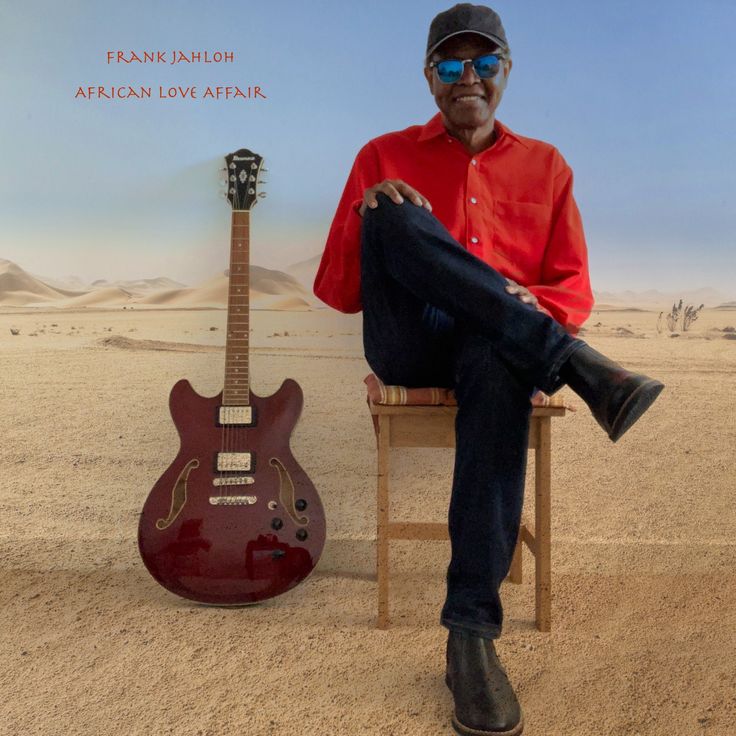 London, United Kingdom — Sunday, May 10th, 2020 — New music from another planet. African Love Affair is out now on all digital music platforms. African Love Affair is an eclectic mix of urban-driven beats with soulful, jazzy, funky, pop, African, and high energy musical sensibilities. Groovy moods, sensual and enchanting voices to keep you spellbound. Multi-instrumentalist and producer, Frank Jahloh, weaves his musical wizardry on this 15 songs masterpiece of an album to take all your troubles away.

This album brings together my musical influences starting from when I was a child being taught the clarinet by a Canadian music teacher in Sierra Leone to playing guitar with Indie, Soul, and Rock bands in London. Being mostly self-taught, my music gives me the freedom to go beyond musical boundaries. I hope you enjoy this album as it has something for everyone 🙂

The video to “I Give You All My Loving”, one of the songs from Frank’s album has been watched over 70 thousand times on Facebook.

This is a strong set of songs from Frank Jahloh. The featured African voices over a diverse sound pallet make this a very authentic and enjoyable album.

Frank Jahloh is a guitarist, multi-instrumentalist producer living in London from Freetown and he composes in an eclectic style. As a young man, Frank played the clarinet in a marching band in Sierra Leone. He started writing original songs and instrumentals after graduating from the University of Sierra Leone. Frank taught himself to play the guitar but had a couple of Jazz guitar lessons in London from famed British Jazz guitarist, Esmond Selwyn. With his passion for music, Frank delved into music technology and became adept at recording music using the computer. Currently working as a UK Civil Servant, Frank enjoys writing and producing original music. He says “music is a language we all love so let’s speak it in all its majestic beauty to spread joy and love to all the world”.