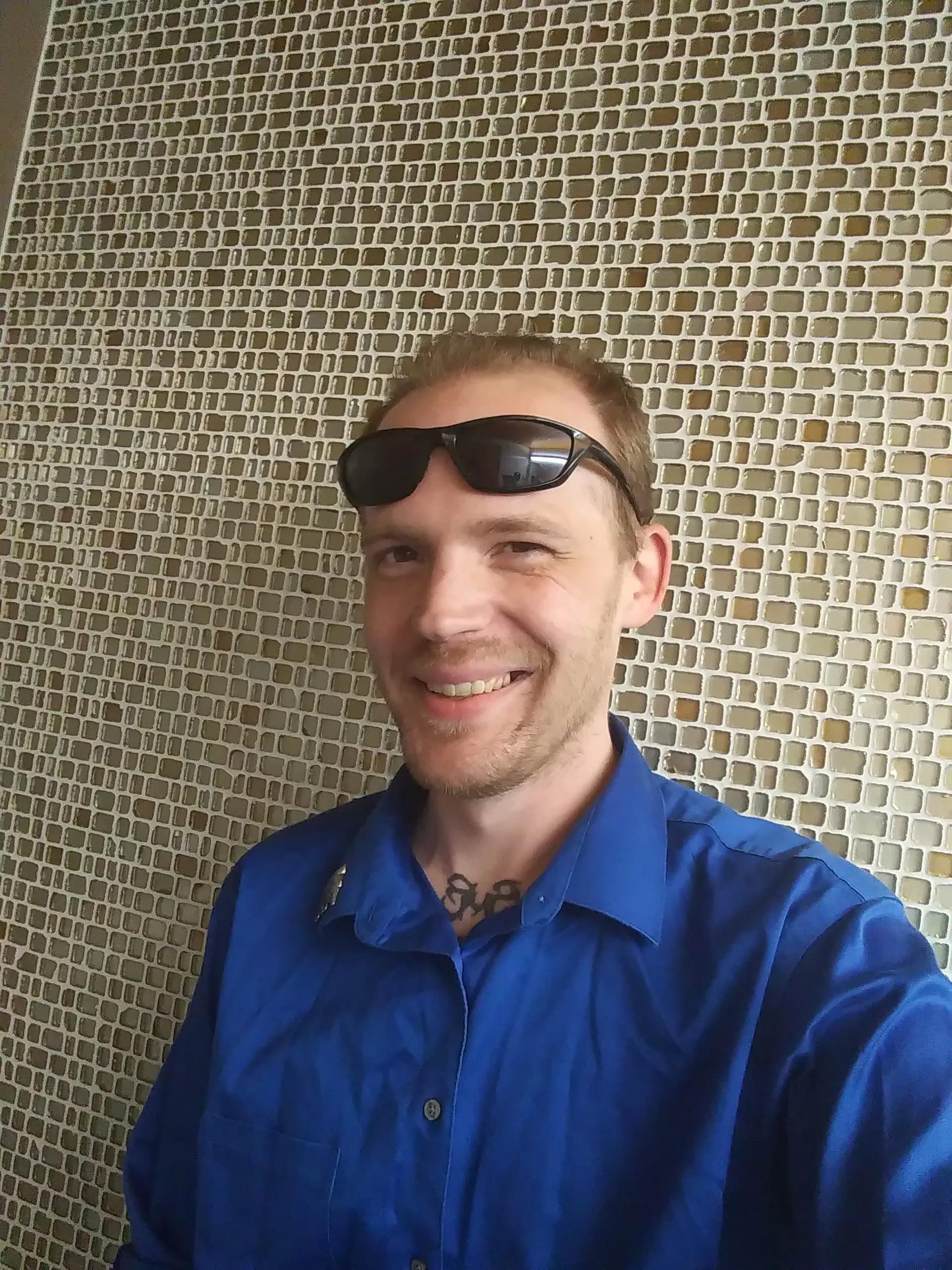 Minneapolis, MN — Wednesday, November 13th, 2019 — Born in Alaska in the late ’80s, Shane “Jack” Edwards’ childhood was fraught with loss, abuse, and isolation. Long-term exposure to his experiences caused some serious physical and mental health issues in his late 20’s that had him in and out of hospitals and psychiatric wards for a couple of years.
Diagnosed with PTSD, social anxiety, general anxiety, and severe depressive disorder in his late 20’s, there weren’t as many resources to deal with these conditions when he was younger, believing himself to just be broken, or too damaged to be allowed to exist. After multiple failed suicide attempts, he moved away from everybody and everything he knew in order to find out who he was under all of the pain.

Music has always been an escape and an inspiration for him, now using it as a means to both expresses himself without needing to speak, and interact with a world in a way that doesn’t make his skin crawl. As a young adult, Jack tried his hand at being a lyricist, only to have his manager take 80% of the music sales, leaving him with close to nothing to show for his efforts. Feeling as if he’d failed to meet his musical ambition, Jack gave up on producing music for many years. Meeting a young woman who had taken an interest in Jack on a personal level, the two became fast friends, the woman pressing Jack to create something. Anything.

“March of the Wolf” was the first song Jack released on his SoundCloud to rather impressive responses from total strangers. The woman kept insisting that Jack create while focusing on therapy and treatment for the issues Jack was having. She knew that he was hearing and seeing things that weren’t really from time to time. She convinced him to proceed with his goal to be heard on T.V., in a movie, or a video game.

After a nearly successful suicide attempt while residing in Texas, Jack decided that moving away from the constant conflict of his life, then living in Texas, he took a gamble. Having nothing to his name save for the clothes in his suitcase, he made his way back north, but not for Alaska.

Minnesota was his destination…

Now, Jack, the Wolf, unable to truly exist in a world he believes was not made for him, filled with people and things that weren’t meant for him to be a part of, he focuses on his music and his survival in a new area.

He doesn’t often do crowds, as he spends his time out watching hands and reading a room, body language, watching the entrances and exits, and keeping a close eye on everybody in his immediate area. The chances of a live show are almost non-existent, but he does interact with people on his own terms.
Jack has his own Discord voice-chat server for him and his close friends, as well as being active on Steam (Gaming Service). He is also planning on returning to live-streaming music and gaming content when his health and living situation allows him to do so. He is known to respond to just about every message sent via Twitter or e-mail.

His attempt to come out of his isolation, and break into the field of music, is an attempt for him to interact with people.

Jack is a Music Producer looking to either be in media or have one of his songs used as a base for somebody to put lyrics to. He prefers not to sell his ‘art’, but has to make a living somehow.
He may not have much to say to the majority of people but is more than comfortable expressing himself through whatever he touches.

“I hope you enjoy what I’ve created, and remember… you miss 100% of the people you don’t stab.” -Jack

I’m interested in hearing what you think of my music.
https://soundcloud.com/jack-wolf-778095982

You can reach me on SoundCloud, or Twitter @JackWolfGaming. I even respond to e-mails sent my way.
I’m not gonna’ lie… it’s hard to make a living when you can’t do “people.” I’d rather just do music.

A socially awkward Alaskan born music producer that refuses to stay in his genre.