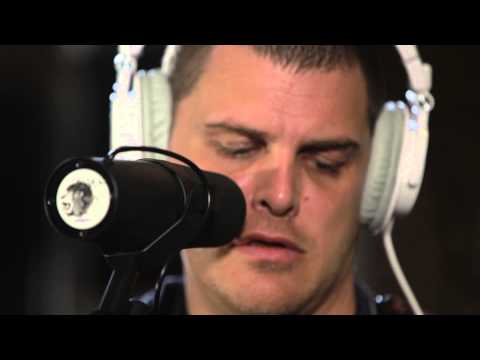 Brett Vogel’s second release, Never Giving Up, finds this Los Angeles based singer/songwriter at a crucial point in his development as a songwriter and musician. He’s a capable vocalist with an unusual voice that might not have enough accessibility for Top 40 radio or singing contests, but it’s the sort of voice that people return to time and again because you can identify with its frailty. Vogel doesn’t sound like a musician-superman who, with blonde actress girlfriend in tow, delivers stylish songs about love lost and found. Instead, Vogel sounds like an immensely talented interpreter but, ultimately, the guy living in the apartment across the hall. This isn’t a slight. In an age where celebrity, despite the Internet, seems more remote than ever, Vogel has a tangible quality that emerges strongly from his new album.

It emerges most clearly on songs like the opener, “When You’re Lonely”, “California Take Me Away”, and the moving “Surcease in Time”. In these three defining songs, Vogel unities his talents in an impressive musical and lyrical whole and makes the album’s strongest case for quality. The first track introduces listeners to a dense, quasi-classical sound with melody bursting at the seams. Vogel’s voice bubbles with liveliness and control in equal measures making this a polished and thoroughly enjoyable listening experience. The second track, “California Take Me Away”, features one of the strongest sides to Vogel’s songwriting. His ability to use traditional songwriting language and conversational speech in inventive and often poetic ways helps distinguish what are frequently solid, but sometimes uninspiring musical vehicles. Diversity of sound is the real key to Vogel’s backing rather than the sense that the band is venturing into uncharted territory. The final track of the aforementioned three, “Surcease in Time”, dwarfs the other tracks in length and is an admirable attempt to process trauma through the redemptive powers of poetry and imagination.

“Two Times the Killer” and “In Too Deep” are two songs on the album that will strike listeners as very personal, if not too much so. The former skirts dangerously close to self-pity at points before falling headlong and will dampen the song for some listeners while the latter, “In Too Deep”, will turn off many as just too private and insufficiently aimed at a wider audience. This brings us to a final point. Future albums need to find Vogel doing a better job of balancing his own needs as a songwriter and performer with those of his target audience. Instead, Never Giving Up seems to waffle at times between those impulses and it leads to unsatisfying results.