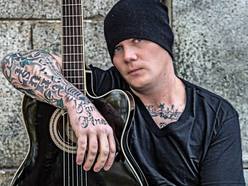 Michael Spaulding is a mixture of “American Idol” royalty and a ‘90s rock giant. He hit the nail on the head because before you even see that Michael notes himself that he’s like a cross between Daughtry and Stained, that’s what you get right off the bat with “Guaranteed Disaster.” It has this pop crossover appeal, but still straddles that rock and roll line. In “Nelo” the rock comes to the forefront and really gives this track a kick at the start. Even the vocals have a grittier feel to them. With that, things calm in “Letter.” You could hear this one taking over on Vh1. The intro to “She’s Like the Wind” has epic written all over it, but then that sentiment settles down and a more so-so verse comes but is then met up with a heavier chorus. Last up, “Tell Me” gives us a heartfelt delivery through and through. If you’re a fan of what Daughtry brings to the table but also love Aaron Lewis and Co., check out Michael Spaulding now. (https://www.reverbnation.com/MikeSpauldingMusic)