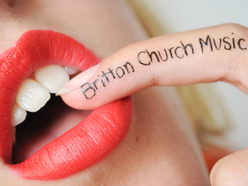 Brittan Church Music spends his time in Texas making music that’s as great as anything you’d find in a flannel clad kid in the ’90s CD player. “Never Give Up” sounds like the soundtrack of a ’90s cult classic, with a Pearl Jam essence; “Last Kiss” style. It’s actually a radio ready song that’s as well produced as what you’d hear on rock radio. “Fur Elise” was more a take on ’70s rock and long licks and psychedelic breakdowns, while “BSL Song” was back to that signature alternative sound that was developed at the start with “Never Give Up.” The best part was that “BSL Song” name dropped Krusty Krab and if that’s not a “Spongebob” reference, then there’s another place out there…? Awesome. Up to this point I’ve enjoyed his vocal performance, but “Got To Go,” not so much. It was a little off compared to the others. That’s not something the “Whiskey Blues” can’t fix though. Just like in real life, this musical refreshment was just what was needed at the end of the day — or in this case, ends of our time with Brittan Church Music. It was a nice cap; heartfelt and telling with a lot of passion in a simple way. If you’re into bands like Pearl Jam, then you have to check out Brittan Church Music. It’s a must. (https://www.reverbnation.com/brittanchurchmusic)