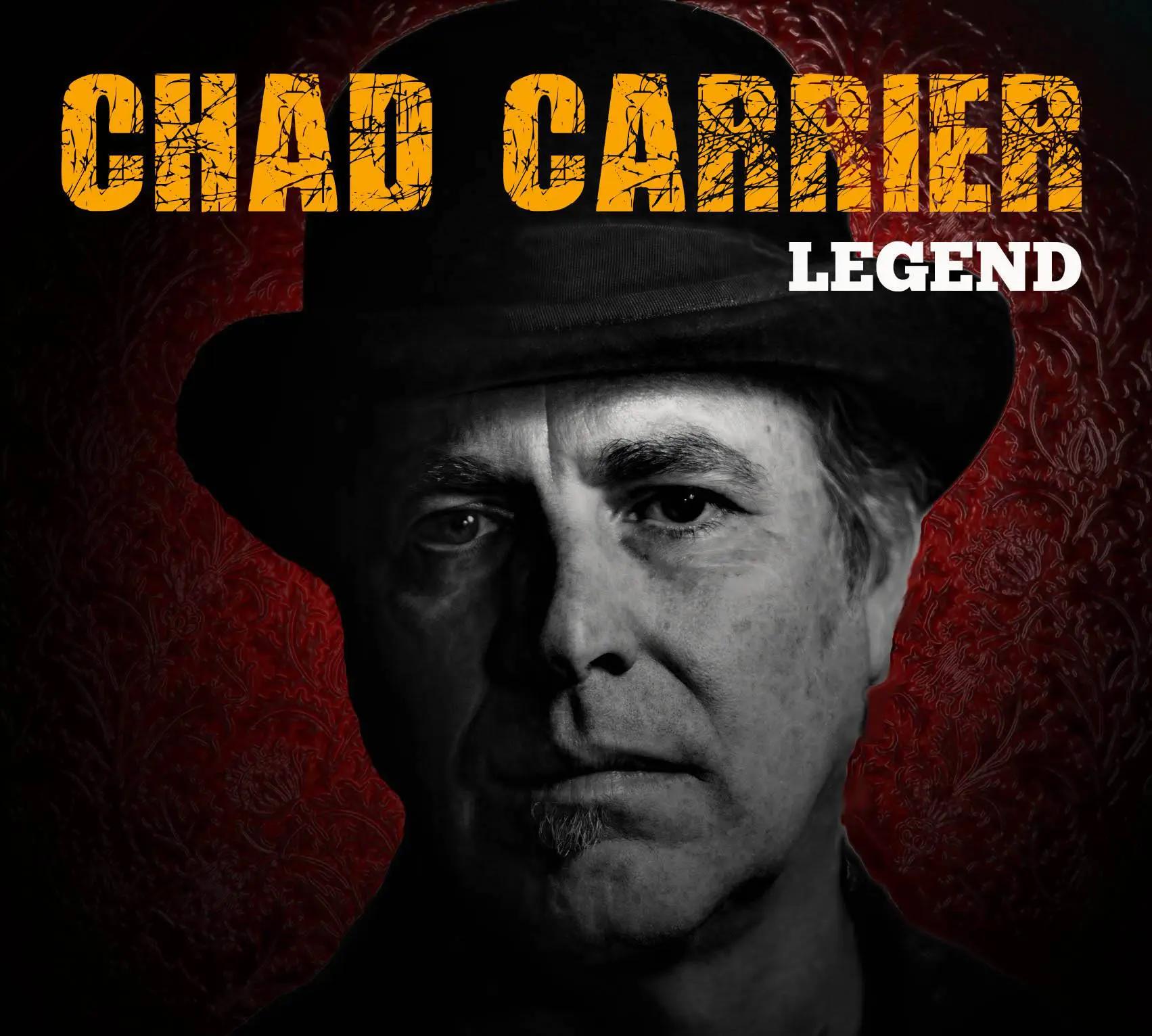 Palos Verdes Estates, California – November 26, 2019 – Chad Carrier brought everything he had and then some to the table when it came time to write, record, and release 2019’s ‘Legend.’ Taking his punk roots, marrying it with his rock and roll ways and then running it through an acoustic guitar translated into a well-polished album that’s fitting for those who already have the likes of Johnny Cash and Frank Turner on their collections.

With a baker’s dozen of tracks, ‘Legend’ covers all of its bases with the heart of folk and an alternative bite. From the first note of “Stop What Your Doing” to the insightful ways of “Life Goes On” through the end of “Monto,” there is not one second where this record lets up. ‘Legend’ features not only a variety of styles packed into one, but also showcases songs both new and old as Chad Carrier pulled some from his lengthy catalog.

The late greats Bowie, Mercury and Petty entered Chad Carrier’s life when he was just a boy in high school. Those legendary artists then inspired him to get into music. From there he went on to play in a number of bands, Vinyl Shake bieing the first where he wrote original music. From there he worked with the likes of Mike Ness, Brent Lyles, and even had some success on Los Angele’s World Famous KROQ, MTV, and Vh1. Throughout his career he’s played in countless bands, toured overseas, and was even nominated for an Oscar for his band, The Shillaly Brothers’ “Pop” from the ‘White Irish Drinkers’ soundtrack. And while he’s focusing on his solo endeavors with ‘Legend,’ he still finds time to tour with his bands Easter and Big Mess throughout the year.

Those interested in adding new alternative folk to their playlists, reviewing ‘Legend,’ or interviewing Chad Carrier can reach out via the information provided below.

About:
Chad Carrier rocks it out with this punk meets acoustic new record, ‘Legend.’