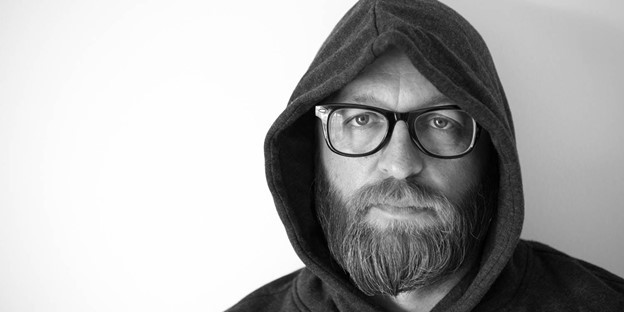 Plant City, FL born but Wilmington NC raised, Davy Williamson, has just released his debut EP Down by the Fire. It’s an 8 track piece of industrial rock and is a clear indicator that Williamson has a great ear for rock and a great talent that he’s showing. Operating fully unrestrained, Williamson wrote and performed every song on the track, building great consistency and an almost cinematic sound quality. It feels very “Pretty Hate Machine” from Nine Inch Nails inspired, and I wouldn’t put that past being some kind of influence.

Lyrically, Williamson and Trent Reznor are cut from the same cloth of being emotionally honest, perfectly paced, and an almost breathy delivery that’s filled with mystery and a true rocker swagger to it. The opening to the album “Thin Disguise” was released in 2020 and quickly rose to become a number one on the iTunes rock charts in South Africa, and as if that weren’t enough of an indicator of his talent, his next single and the second track on the album, “Cliche” also rose to number one in the same league, at a breakneck speed. There’s certainly an audience hungry for his brand of anguish rock and it’s easy to understand why. It’s a very universal sound that’s been dissected, but Williamson has effortlessly put it back together while leaving his own thumbprint. “Thin Disguise” and “Cliche” work perfectly as a two-hander of an opener, but admittedly I like Cliche just a *tiny* more. The hook and rhythm are great with that kind of trudging quality that makes you really feel the conflict that Williamson sings about, and it’s a great indicator of his vocal talents.

I think the album might have benefitted from making it the album opener. “Fault Line” is a softer turn for the album despite it being about the dissolution of a relationship and it’s quite astounding when Williamson springs forward with just the word “bring” when it slingshots into the chorus. Things take a little breather with the track “interlude” which is a nice plucky and ethereal instrumental that might honestly be the best showcase for Williamson’s understanding of instruments and how just fantastically he assembles them. “Same Place” picks up on the musical themes from the interlude but mixes them with a more quick tempo approach and this one is another vocal highlight from Williamson, especially before he gets into the chorus. A lot of the songs back to back feel like responses to one another in the same way with “Same Place” being the more sensitive reflection on a relationship but being no less aggressive in its musical approach. The titular “Down by the Fire” might be my least favorite of the bunch, but even with that said, it’s a good song.

There’s something about Williamson’s vocals in it that I don’t think is as strong as previous outings, like he’s putting too much emphasis on certain words, but even with that said the hook and electric guitar are fantastic. Eventually, we get to the outro which almost feels spiritual in nature in its sound and almost like you hear a gusting distorted wind. Every track is wonderfully thought out and Williamson’s next release should certainly be on your radar.