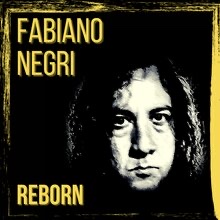 Baton Rouge, Louisiana – Fabiano Negri is a singer, multi-instrumentalist, and composer who has tirelessly worked on adding to his vision of what rock ‘n’ roll music should be like today. The artist is responsible for almost thirty works released as a part of albums, EPs, and singles.

‘Reborn’ is Fabiano’s latest album, with its release divided into two parts. The first part was released on January 29, 2021, while the second part will release in late summer 2021. This release is under the American record label Big Can Productions. Under the label, the artist has been able to reach out to international listeners and create music with high production value.

The music style of this album is consistent with classic hard rock music. Rock listeners will enjoy jamming out to the hard-hitting beats and enthralling melodies unique to the artist.
Before going solo, Fabiano built his reputation in the music industry by participating in projects like Sun Machine, Dusty Old Fingers, and Unsuspected Soul Band. By leveraging his decades of music experience, Fabiano has produced powerful rock music that critics have highly praised.

‘Reborn’ is a rocking album with a personal and emotional touch from lyrics inspired by Fabiano’s life experiences. The distinct stylism that Fabiano adopts for his music will enrapture listeners of alternative and hard rock. Those who cannot enough of it should keep a lookout for Fabiano’s upcoming release of the album’s second part.

Check out Fabiano Negri and his music, available on all major music platforms. Listeners can also follow the artist on social media to stay up-to-date on the latest releases. To contact him for reviews, interviews, and collaborations, use the information given below.

Fabiano Negri is a Brazilian singer, songwriter, multi-instrumentalist, and music producer. With twenty-five years of producing music, Fabiano has built a highly respected music career in his country. Before going solo, Fabiano was the main songwriter of the band “Rei Lagarto”, one of Brazil’s biggest hard rock bands. His music is made of different music styles, including hard rock, pop-rock, soul music, classic rock, and folk.