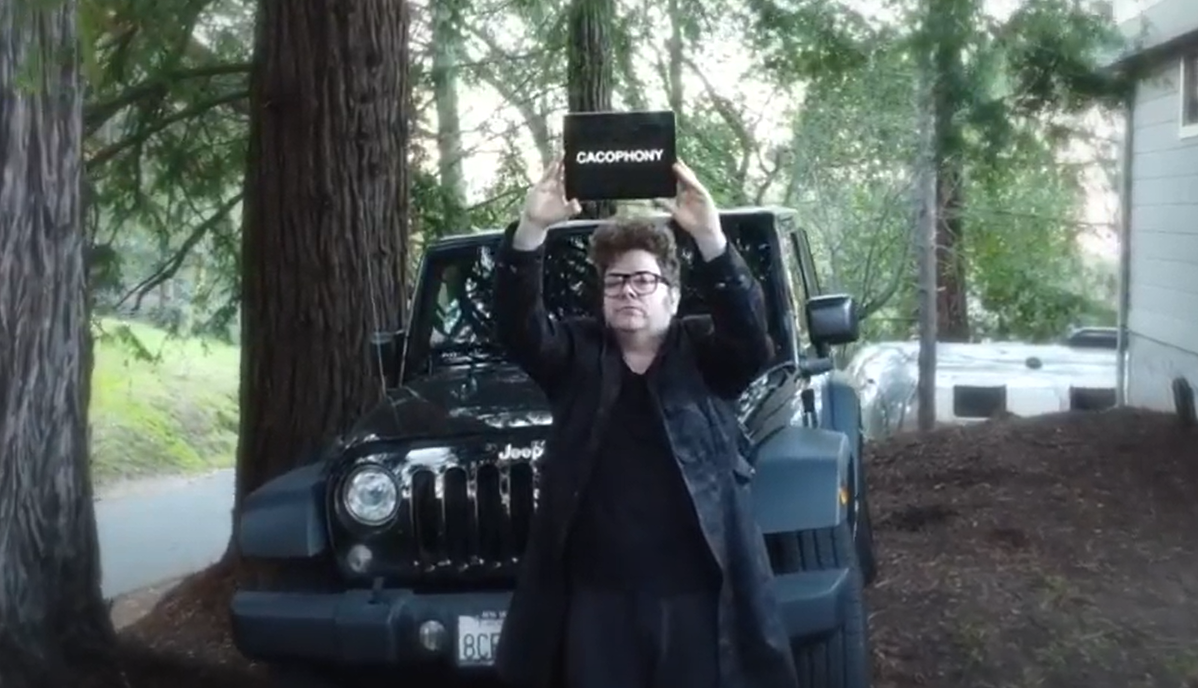 The beat pushing Greg Hoy’s new single “Cacophony” forth is certainly one of the track’s most striking features, perhaps for the mood that it emits more than anything else. Its pacing is deliberately hesitant, while the tone of its presence next to the stammered guitar play is angst-ridden and brilliantly expressive where words would fail to capture the emotion. Hoy isn’t leaving any tools on the table for this track and its accompanying music video; equal parts brawny melodies and a brainy hook, “Cacophony” is easily one of the more listenable alternative rock songs I’ve had the chance to review lately.

Hoy’s lead vocal is startlingly warm given the stoic nature of the electric guitar he’s weaponized in this track, but I think the two components make for a much smoother harmony than some might expect. There’s definitely a proto-grunge influence here that you’d likely miss if you grew up any time after the mid-1990s, but nothing in the instrumentation of the structure of this single actually feels like a direct throwback. If it’s possible to support the legacy of your heroes while carving out your own place in a world they started years ago, this is an artist who has figured out how to do so flawlessly.

I really love the surprisingly poppy harmony in the chorus of “Cacophony,” as it introduces shades of retro pop I didn’t even know I wanted to hear this spring – but am nonetheless happy to embrace. One of the best attributes this songwriter has going for him is his aesthetical flexibility, and if he’s able to maintain the humble approach he’s taken to most of his material thus far, I don’t know why his work wouldn’t one day be hoisted beside some of the icons he’s taken a page from in creating singles like this one.

It’s been said before but it needs said again – of the solo indie rockers making noise in the American underground today, Greg Hoy is a player listeners can rely on to crush it with every original release he shares. This is another robust alternative rock throw-down of the cleanest variety, and given the popularity of hybrid experimentation in the genre these last few years, it’s understandable why some would even consider his style here to be a much-needed breath of fresh air. Call him retro if you will, but regardless of brandings Hoy is hitting his stride like few others this year.