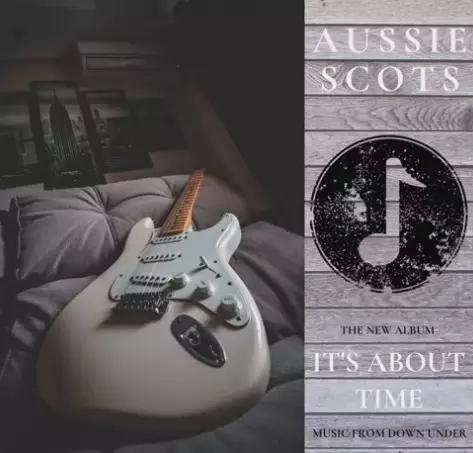 Sydney, Australia – October 9, 2019 – With a best friend by your side, anything is possible. That includes going to #1 with not one, but two singles. At least that’s been the case for Aussie Scots. Best friends, bandmates and ex-pats from Scotland who relocated to Australia and with them took their lifelong passion for making music. Which has since paid off as they’re chart-toppers with a new album on the way.

Come the end of October Will and Ian of Aussie Scots will drop their new album, It’s About Time. Already serving hits on their local Canberra radio station 2CC, Aussie Scots plans on repeating the success of their recent pair of singles when the full album drops at the end of October. Listeners of 2CC have already gravitated towards their eclectic pop ways thanks to the stellar beats of “We Are Not American (We Are Aussie)” and “Phenomena” which hooks you with the melodies, but gets you to stay because of the content.

Aussie Scots write from all various points of view, about a myriad of topics and “Phenomena” represents how deep they can get with their lyrical content. It’s all about a hidden fourth dimension they believe in that exists between life and death. Whether or not there’s any reality to that is debatable but what’s not is that “Phenomena” packs a punch! Which is why it went straight to #1 on 2CC.

It’s About Time features a wide variety of sounds that cater to a diverse musical audience. From dance tracks to ballads to rap, they hit all the marks and then some. So those interested in adding new music to their playlists, reviewing It’s About Time, or interviewing Aussie Scots can reach out via the information provided below.

About:
Will and Ian aren’t only two best friends but are also a pair of ex-pat Scots who made their way down to Australia. Along with them came their lifelong love of making music. Together as the Aussie Scots, they deliver a wide range of styles on their October 2019 release, It’s About Time.