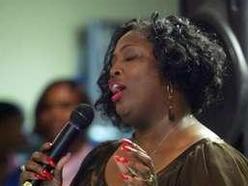 Joyce Sorrell
Joyce Sorrell is an talented gospel singer from Louisiana. Louisiana has long been a state that values its place in the Bible Belt. Gospel singers are deeply rooted in the music scene and influential, having been around for hundreds of years. In fact, many Rock and Roll artists started out as gospel singers, singing in churches where they discovered their true talents. It was not until 1900’s when Gospel started achieve mainstream success and Louisiana helped put Gospel music on the map. Joyce is ready to take the gospel music scene of Louisiana by storm.

So far she has only released two songs “No Way Tired” and “Yes I can.” In “No Way Tired” Joyce speaks passionately of life struggles, but she will never give up because of her love for Jesus as she sings “I’ve come so far from where I started…I’ve had my trials and tribulations the burden was so hard, but I’ve kept my faith in Jesus because I know he’ll always be there.” The gospel choir also adds a strong layer to the song as the chorus hits. “The horns and synth used in Yes I Can” is completely different from the piano driven song “No Way Tired.” “Yes I Can” has a bouncy feel where anyone will be persuaded to bob their head while listening to the inspirational lyrics of how faith in Jesus is all the motivation you need to do anything in life.

Even though she has only released two songs, they are diverse and have already been nominated in the Indie Music Awards. Additionally, she was nominated for Best Female Gospel Artists. Not too shabby for an up and coming Gospel Singer.