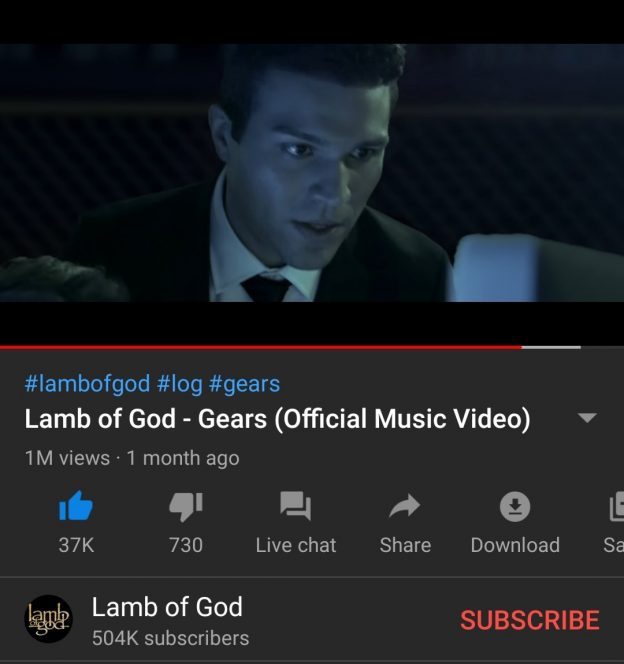 New York City, New York- July 20, 2020- Singer-songwriter Julian Kerins wowed in his acting debut with a cameo in Lamb of God’s “Gears”, a Sony Music Production. The cameo follows the release of his new single “Vie” which has netted over 2 million views on YouTube and shows no signs of slowing down. His already devoted following is growing more quickly than ever following his latest cameo. The edgy, energetic video for “Gears” has already netted over 1M views in the short time since its recent release.

Kerins has drawn millions of viewers and thousands of concert attendees around the globe. His 6 octave range, polyphonic vocals, ability to hold notes for 1 full minute, and phenomenal instrumental work with band mates Michael Vetter (drums) & Michael Schuler (bass) have wowed fans the world over. Delving deeper Julian’s lyrics are poetry. His songwriting is among the best, and most unique today.

His career as an award-winning frontman has brought him to manager Rick Barker, who managed Taylor Swift to stardom. His tours have taken him to SXSW, Great South Bay Music Festival, & Bunbury Music Festival alongside Greta Van Fleet, MGK, Fall Out Boy, The 1975, and more featured on NBC after SNL. The trio has toured the globe to thousands of fans and plans to continue touring in 2021.

To listen to more of his music, or to contact Julian Kerins for an interview, podcast, or radio show, reach out to his manager via the contact info provided below.