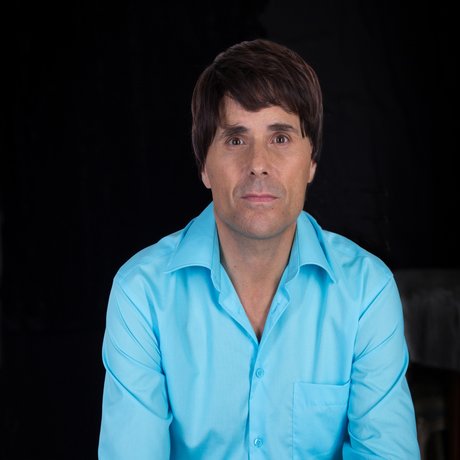 Mike Derek’s concerts consist of a live performance at Civic Square in Kitchener, which was well received by an audience of over 300 people of all age groups. His big break came when he entered a singing competition in Nashville and was selected as one of two people who auditioned to record with famed Producer Richard Donahue. Richard set up a three-track demo at Landshark Studios in Nashville and the rest is history. Mike recorded a single “Down in the Boondocks,” then a ten-track album called Escape. He has been compared to Frank Sinatra
Michael Buble in style and content. “My Dad” is his latest single.

Not much else is known about Mike Derek, but his style is very crooner, and very gospel, although he can be found at iTunes under Pop. This is a deep track about his father, which just about anyone can relate to their own. It works on every level to prove that and more. It comes at just the right time of year to reflect on family, and there’s just no denying this is a positive way to do it. The song starts out with a country lick on guitar and goes right into the first verse with more of a jazz feel that continues throughout, with some excellent orchestral textures and female backing vocals.

He carries on about how a father is just a man, so it doesn’t get too personal and that keeps the song very fresh and relative to anyone who hears this great tune. His voice is pure, and he sings with an honesty that isn’t cliché, it’s brutally magnificent and very commanding at the same time. The lyrics keep a father grounded in the middle somewhere, without over sensationalizing him. It’s a simple song but less is more in this case, because his voice does the rest. Mike Derek truly knows how to emote a song, and there’s no question about that once you hear him sing.

The track clocks in at two minutes-thirty seconds, so it’s not over-long with too much to say. It’s short, sweet and nevertheless powerful though. There’s one thing you can’t get away from and that is the hint of gospel music that can be felt from beginning to end, but it’s about that voice in which you can’t deny that takes the front seat. It’s seasoned with a baritone quality like no other. He’s able to sing melodically at high and low register, and the low end is probably where he’s been compared to the likes of Sinatra and others as mentioned. It’s no surprise once you hear him, that he knows how to use his instrument well.

“My Dad” is a heartfelt number with just the right amount of energy applied in the proper places to round it out as the fine piece of music and homage it is. You’ll get everything by the time it’s over, with another generation in the mix and so on. There is no losing sight of the message as you feel the heart and soul of Mike Derek’s words reach out and grab you. Any dad would be proud to hear such a grand tribute without getting too personal, and that isn’t easy, but he nails it. The horizon already awaits more, and that’s a testament to his talent and efforts on this top-notch single.