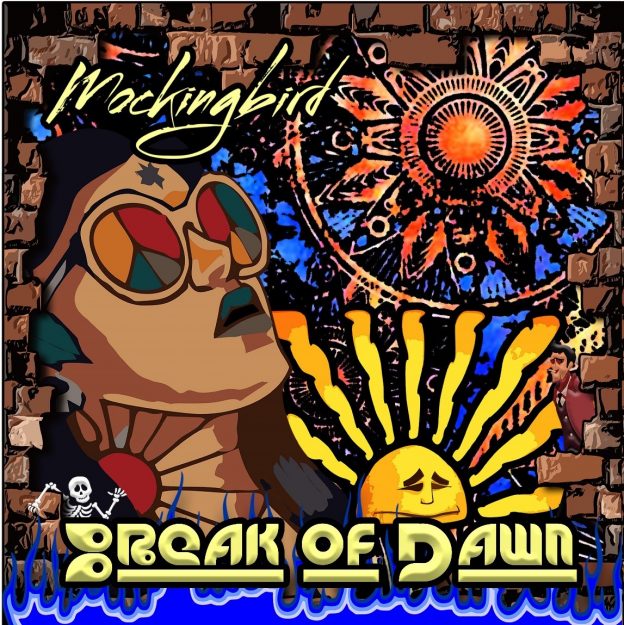 Frisco, Texas – December 02, 2020 – The Mockingbird is a symbol of freedom and liberty. It represents everything sweet, lovely, and hopeful. Mockingbird is also the name of a rising band, a band that sings, writes, and produces everything from full rock music to meaningful songs about lost love. The band’s latest album ‘Break of Dawn’ resonates closely with the band’s name and everything that it represents.

‘Break of Dawn’ by Mockingbird is an album consisting of 13 tracks. The overarching theme of the album is new beginnings, and this theme is the most visible in the titular track “Break of Dawn”. Along with this song about hope and beginning of something new, the album offers an expansive musical experience to its listeners. Mockingbird terms the album a “straight-forward Americana rock album” but it is a lot more than that, and its tracks range from energizing rockers to more evocative songs about love and loss.

Primarily a live act, the members of Mockingbird say that they have worked hard to capture the same energy and the same audio experience on the album.  Needless to say, Mockingbird has gone above and beyond to make the album as representative of their synergy on stage as possible by pouring their heart and soul into it.

Speaking of heart and soul, the people behind the band Mockingbird include siblings Stacey and Phil Shope, Bryan Bentley, Matt Hinchey, Ben Wade, and Pete Duncan. Having siblings in the band creates a unique dynamic and keeps the environment fresh and playful.  Stacey Shope writes lyrics that are introspective but still leave an open canvas for the listener to make a personal connection.  The band is full of seasoned and talented musicians with a rhythm section that consists of Phil Shope on Rhythm Guitar, Bryan Bentley on Bass and Ben Wade on drums.  Lead guitar duties belong to the talented Matt Hinchey and all keyboard and mandolin duties belong to the multi-instrumentalist Pete Duncan.  Together, the band forms a synergic group and the sound they create is both unique and familiar as it draws from their expansive musical influences that include everyone from John Prine, Bob Dylan, Govt’ Mule, The Black Crowes and many more.

The Mockingbird sound crosses many genres, but they describe themselves simply as an “American Rock ‘n Roll Band” that harbors a soft spot for country music with meaningful lyrics.

Their album is available for streaming online on all major platforms such as Spotify, iTunes, and Amazon Music amongst others.

Mockingbird is a six-piece band hailing from Frisco, Texas. Essentially a live act, the band has just released its first album “Break of Dawn”. The genre that suits “Break of Dawn” the most is Americana Rock. The album is available for streaming on all major platforms.