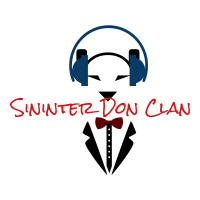 Brooklyn, New York – January 2, 2020 – Born and raised in New York City, the infamous Lafayette Gardens projects to be exact, Native 1 has always had a drive larger than most. He worked his way up from nothing and eventually became the first rap artist to perform and win at the Apollo Theater. Not once but three times. Now he’s looking to add even more notoriety to his name with his Guinness World Record feat.

Native 1 has big plans to have his name forever emblazoned within the Guinness World Record pages; a production. He will produce a showcase that will allow him the opportunity to break a particular record and it will be hosted by Hill Harper. In the showcase, he’ll rap about various corporations and organizations. So those who run either who want to have a creative rap artist create an original piece to highlight the importance of their project are welcomed and encouraged to reach out to Native 1 so he can not only include them in his showcase but note them when he sets this one of a kind record.

On top of all of his Apollo success thus far and his Guinness goals, Native 1 also has a new album out, 2019’s ‘And Y’all Thought I Was Dead.’ 10 tracks that highlight the artist’s way with words, rhymes, and beats.

Those interested in featuring new hip hop on their playlist, reviewing the album, interviewing Native 1, or being a part of his Guinness Goals are encouraged to reach out via the information provided below.

About:
Native 1 is a record-setting emcee from the heart of New York City’s hip hop scene who is looking to break even more world records in the new year.