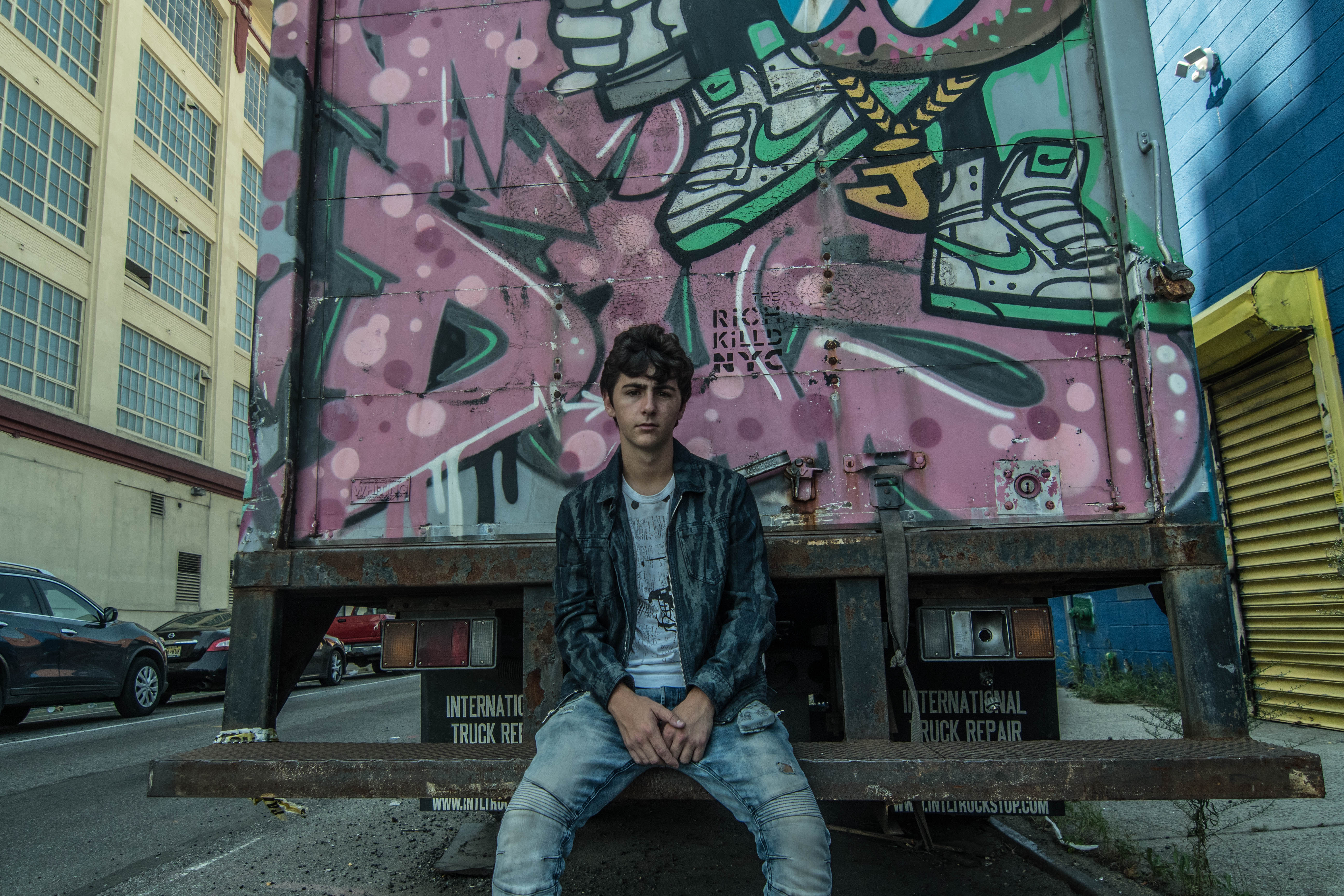 “Retrospective Outlook,” the debut single from Chris Mardini, opens with a faint electric guitar’s buoyant groove, slowly but surely finding a beat in a frustrated percussive track and a harmony in an adjacent minor key lead that provides us with the first glimpse into what the next few minutes have in store for us. The distortion on the lead guitar is marred in a grey fuzz that becomes increasingly agitated in tone as we approach Mardini’s first appearance in the song, but it isn’t overcome with so much overdrive that we’re unable to discern it’s calculated, spewing licks. We haven’t even gotten to the vocal, which is inarguably the crown jewel of “Retrospective Outlook,” and already we’re under the spell of Chris Mardini and his insatiably hooky songwriting.

When Mardini starts to sing, he owns whatever venue his voice is occupying, and in this single he presents us with an up close and personal view of his emotions through his lyrical content while also showing us just how much of a range he has during his serenade. He’s fierce but not quite anarchistic; anyone listening can pick up on the heart that he’s got in this performance, but those who take music a little more seriously than most will really be able to appreciate just how much of himself he’s putting out there in this song. “Retrospective Outlook” has all the right melodic moves on the instrumental end, but its genesis would be nonexistent if Mardini wasn’t blessed with such extraordinary poetic sensibilities.

Enormous riffs give way to an exotic strum and familiar rock vocals get swapped out for rapping as we get deeper and deeper into the track, and there’s even a moment where the rhythm evaporates altogether, leaving only a blanket of ambient textures to guide us to the finish line. Some novice experimental music fans might find it to be nauseatingly involved, but I couldn’t think any differently; “Retrospective Outlook” sees its singer wearing a lot of hats and trying different techniques in his quest to get us shaking to the beat of the drums, and unlike a lot of the debut singles I’ve reviewed lately, this one doesn’t try to fit in with one specific group over another. For all intents and purposes, Mardini’s peers could learn a thing or two about getting started from how he has broached the making of this track and every song on his rookie EP.

Though odd for most contemporary alternative rock compositions, “Retrospective Outlook” fades to black instead of stopping abruptly in the same way as the Pixies once did. It’s a short song, less than three and a half minutes in total running time, but what it lacks in quantity it more than compensates us for in uncorrupted quality. Chris Mardini has arrived, and he’s coming onto the scene with a bang in this single, which is being talked about from one side of the country to the next at the moment for all the right reasons. He’s earned the respect of critics, but more than that, he’s given us the motivation to stay tuned in the future.