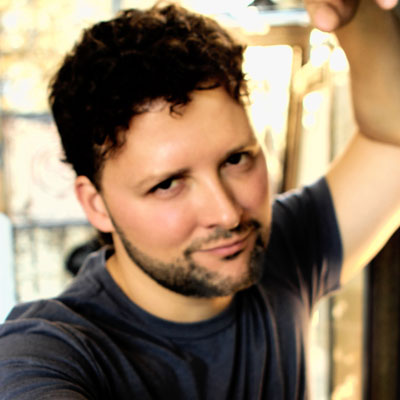 Sarantos Melogia – Not Where I Want To Be

On his website, Sarantos Melogia talks about his back catalog of over 2,000 songs he’s stockpiled since the age of four and how he expects to release a new song every month until he dies. Even a brief reading of his biography makes it clear that writing and performing music brings great joy into Melogia’s life, but validates him as well. This is an album, not a psychological, review, but when a songwriter emphasizes the personal nature of his songwriting to such a degree, they make discussing it inescapable. Not Where I Want to Be, as the title implies, is the work of a young man forever engaged in self-reflection and Melogia is learning how to transform that trait into art.

The title track starts the album. “Not Where I Want to Be” shows him as a master of atmosphere – this is clearly intended to be an intimate, confessional type of song and Melogia accomplishes that through detailed production and miking his vocals for maximum effect. “Nothing to Hide” is a much more straightforward song with rockier energy than its predecessor. The restraint Sarantos shows as songwriter helps focus the tracks and nowhere is that more apparent early in the album than on “Back and Forth”. This is a song with great depth and mature extra touches like piano flourishes that make the song all that much better. Melogia has a playful side emerging on the dance-aimed confection “I Love to Love You Too”. Despite the frothiness of songs like this, careful ears will hear the same quality holding this track together that they heard on its predecessor.

“Are You Sure You Can Last?” rumbles with heavy-footed rock power and blows the earlier “Nothing to Hide” away as the album’s best song of that type. Acoustic guitar guides “Believe”, strong melodies, and a smart vocal from Melogia. The later songs show off his talents as a singer, but none looms larger than his inspired flights of phrasing. He seems more comfortable as a singer on these later, quieter numbers that give him a chance to develop a mood rather than impress listeners with his power. The final song, “Let’s Call It Love”, is perhaps the best example of this theory in action. It is a tasteful turn into piano jazz with tinkling percussion adding a lilting quality to the track. The real star here, however, is Melogia’s voice. His phrasing really inhabits the song and provides a perfect counterpoint to the piano.

This is an album not without flaw. Many of the experiments here either flame out within the first few seconds or else miss altogether. However, Melogia’s talent shines through even the dullest patches and promises much more for the future. We will be hearing more from this young Chicago native for years to come.