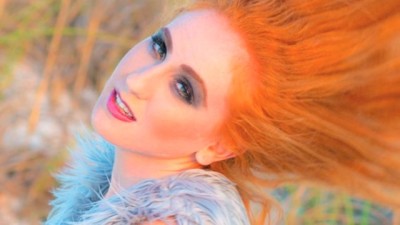 Perhaps we’ve reached a point where, for a younger generation, rock and roll is such an antiquated genre they have no idea how to pull it off. They surround themselves with musical gurus who think rock and roll, or more particularly hard rock, means staccato hard rock riffing that lost any genuine cultural currency by 1995. Two decades later, young performers like Shayne Leighton want to raise the remains of rock and roll from the dead, but even an earnest effort like her debut EP, Invincible, lacks the magic to pull it off.

“This Time” never really takes off and the track’s sound lacks weight. Leighton, like the listeners, sings as if she is longing for a crescendo that never really arrives. When you consider the lyrical content and its message, the missed opportunities here stand out in a big way. The hard rock songwriting doesn’t veer much from tradition here and has a boilerplate feel that never offends, but doesn’t push any buttons at all. Leighton and her band cut “Dream of You” from the same cloth as the opener, but there’s a night and day difference in the sound apparent from the first note. The groggy tempo and dense arrangement give the song some appealing grandeur that Leighton matches with a strong vocal.

“Invincible”, a cover of Pat Benatar’s eighties smash, isn’t an artistic statement, but a respectful nod to an abiding pop rock gem. Leighton unashamedly apes Benatar’s phrasing with syllable-perfect accuracy and the band hammers out a full-on rock performance that gives the track considerable verve. “Midnight Man” lacks the same urgency and instead loses its way with waffling between bland pop rock and short intervals when the music takes a creative turn.

There’s little creativity in a track like “Foolin'”, just wide-eyed rock and roll attitude. Anyone looking for reinventions of the wheel in a song like this is on a fool’s errand and missing the EP’s sharpest moment of unabashed rock. The sound will remind some of the mix on “This Time” – the muffled sound on both tracks contrasts noticeably with the clear bite on other songs. “Wolf at the Door” closes Invincible with another dark lyric and strong vocal, but the strong bass and drum work stands out.

She deserves credit for trying. Shayne Leighton loves rock music, it neatly dovetails into her songwriting vision, but her efforts in that direction on Invincible often sound like a man fumbling in a dark room looking for a black cat.