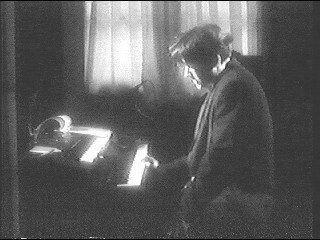 Gladstone, New Jersey — Wednesday, August 28th, 2019 — Jimmy Wilgus has written hundreds of songs and performed with several bands. Most recently Jimmy has written music for motion pictures and a TV series directed by Vitaly Pavlov in Russia. Jimmy lives in Russia and has authorized the licensing of his music for recording by artists, motion pictures, TV Theme songs, and commercial purposes. Want to hear the genius of this modest songwriter? Visit a website created by fans, www.therewasnosunset.com.

Jimmy has been the victim of a very unfortunate situation in Moscow. He was arrested by Russian police on false charges in November 2016. He was held in detention for almost a year before a trial. The judge found him guilty, even though the victims testified he did not commit such a crime and was sentenced to 12.5 years in a Russian Labor Camp. He sits there today, in charge of the entertainment program for prisoners and visiting dignitaries, and continues to write new songs. Jimmy has never given up and wants to share his music with the world. The support of his fans has always been there. Now Jimmy needs the support of the music industry to keep his music alive until he returns to America.

Jimmy stays in touch with family and fans and has summarized his situation as follows: “I feel blessed that the music has always been there. The melodies and stories have always come easy. Now, with these new experiences, I have so much more material to write about. I look forward to my release when I can record it all.”

Though Jimmy is confined and his activity curtailed, his goals remain optimistic because he knows he is innocent of the charges and has never lost his desire and ability to write music. Jimmy has taught music to young children here in the US, currently teaches fellow prisoners how to play as a group, gave Master Classes n drums to Russian drummers, has never been selfish with his gift, and at this point in his life wants to share his music with the world. It would be helpful if the industry could support Jimmy so he can offset his expenses by licensing his music.

Feel free to preview the music, watch videos of Jimmy’s performances, enjoy the movies he scored and learn more about the artist by visiting the fan-created website, www.therewasnosunset.com. If you need more information, please contact [email protected]

After being introduced to a piano by his mother at 4 years old, Jimmy Wilgus taught himself piano as a child and studied drums at the age of 12 with jazz legend Joe Morello. He began writing and recording songs on his 4 track tape player when he was still in high school. By the time he was 16, he was studying vocals with Marty Lawrence of Manhattan. Armed with a trained voice and prolific songwriting talent, Jimmy began recording at professional studios including the Power Station, Skyline Studios, Sorcerer Sound, Water Music, Waterfront, Trax East, Mixolydian, Brielle Music, and Boulevard Music. His song “Colorblind” won the Billboard songwriting contest and he’s received honorable mention certificates for “Living in a Bad Dream”, “Where Have You Been?” and several other songs.

Jimmy’s music caught the ear of video director, Chuck Fishbein, Crazy Duck Productions, who made videos of Jimmy and won an award for producing the video for the Jimmy Wilgus classic, “Rock and Roll People”.

At the age of 18, Jimmy took his music out of the studio and into the NY club scene with his 5-6 piece band “Jimmy Wilgus & the People”. Jimmy added 4/5 very talented musicians since the quality of music was the focus.

He’s played in such venues as Club Bene, The Count Basie Theatre, The Morristown Community Theatre, NJ Performing Arts Center and The Tito Puente Amphitheatre in Puerto Rico, as well as local favorites in NYC such as The Bitter End, CBGB’s and The China Club.

“Jimmy Wilgus and The People” were recognized as one of the Best Unsigned Bands in the country by Musician Magazine back in the 90’s.

In addition to his own band, Jimmy has toured with several groups. Most notably as playing keyboards for Joe Bergamini’s progressive rock band, 4-FRONT, who opened for such artists as Kansas, Marillion, The Spin Doctors, and Saga. He also played drums for New York songstress NICOLA.

Jimmy also studied culinary arts at the French Culinary Institute in Manhattan, earned a degree as Chef and received a special award for creating a practical children’s menu in gourmet dining.

In 2000 Jimmy had a recording facility called THE DEN in Denville, NJ. There he produced or recorded hundreds of artists of all genres of music, including the following:
9 CIRCLES, NICOLA, HEERNT, FRIDAY’S CHILD, CHRIS RICH, NORWAY, MICHAEL KAPLAN, THE FAKERS, ROB CHIOSSI and ATHENA.

He’s written and recorded music for several television and radio commercials here in the USA, including Rolling Rock Beer, Sprint Communications, Pearle Vision, NBC News, CUBIES and the YMCA, as well as several products in Russia.

If you have the chance, you must see a short film written, directed and filmed by Jimmy entitled, THE DIRECTORS CUT, featuring Indiana Rich. Jimmy also starred in the movie.

Jimmy has taken the time to teach music to young children at the Valley Music Center in Long Valley, NJ. He also gave a private lesson in drumming, piano, keyboard, and vocals.

With 20 years of professional experience in all facets of music, Jimmy formed the band WICKED MONKEY with Russian guitarist Yury Nikolaev. With WICKED MONKEY, Jimmy has toured Belarus, Ukraine, and Russia, as the frontman performing original songs. He memorized lyrics to a popular Russian folk song which brought the house down at concerts in Russia.

Most recently, Jimmy scored several films for Russian director Vitaly Pavlov and was asked to compose all the themes and incidental music for the 2013 Pacific Meridian Film Festival in Vladivostok, Russia, where he was honored for his work.

In 2014, Jimmy traveled to Moscow to perform concerts, singing a duet with Svitlana Bolbot. There he met Elena, married her on May 2014 and decided to live in Moscow. He was giving drum lessons to adult Russian musicians and young beginners. He became partners with Russian investors and musicians to set up a new, state-of-the-art recording and production studio. There he wrote many themes for a documentary recognizing the night during World War II when the Germans & Russians put down their weapons for one New Year’s night to socialize together. While working on these side projects, Jimmy was constantly working with Vitaly Pavlov scripting music for motion pictures, a TV series, and video commercials. He appeared many times on TV in concerts, did TV interviews and gave Master Classes at major music stores in Moscow.

In November 2016, Jimmy was arrested in Moscow, Russia and charged with false accusations. His case was sabotaged by his Russian lawyer who collaborated with the prosecutor and he was sentenced to 12.5 years in a labor camp in Moldova, Russia. His case was brought to the attention of the US Dept. Of Justice, and after reviewing his case, they have filed a formal request with the Russian Minister of Justice to have him extradited as soon as possible.

While in prison, Jimmy assembled a new band playing original songs in English & Russian. They will be entertaining at other prisons and dignitaries visiting the prisons. Jimmy was allowed to have his keyboard sent to the prison and continues to write new music based on new experiences.

In the meantime, one of Jimmy’s fans has created a website for fans to listen to his music and send comments. Feel free to visit www.therewasnosunset.com for more about Jimmy as a creative artist.