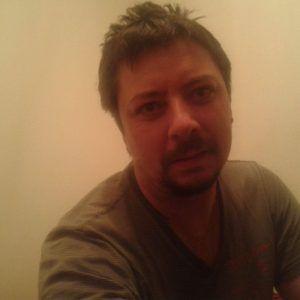 Released March 24, 2020, ‘Femme du monde’ marks the launch of Stéphane Océane’s Age of Aquarius. An idea that came to mind a handful of years ago when issues began to arise in his personal life. Now he’s on a mission to make things right with the world; Age of Aquarius. And one of many steps in that is this album. As ‘Femme du monde’ unravels the tales of three women who have impacted his life over the past decade.

Throughout the album audiences will hear songs inspired not only about this trio of women who have influenced Stéphane Océane’s life, but also mentions of Greek philosophy in songs like “Ma belle Hélène,” and religious undertones in the title track. Lyrically the album is raw and telling, while musically it’s a beautifully done pop-rock record with a signature sound that professional listeners will take note of.

Stéphane Océane first picked up his pen in 2000 after realizing his dream at the time was to make music that helped the less fortunate. As the years continued, he started to utilize keyboards and MAO to lift his lyrical expressions of personal experiences from notebook pages he wrote them down on. In 2008 he started to realize music and the rest has led him here.

Those interested in adding new pop-rock music to their playlist, reviewing ‘Femme du monde,’ or interviewing Stéphane Océane for their podcast, site, or radio show can reach out via the information provided below.