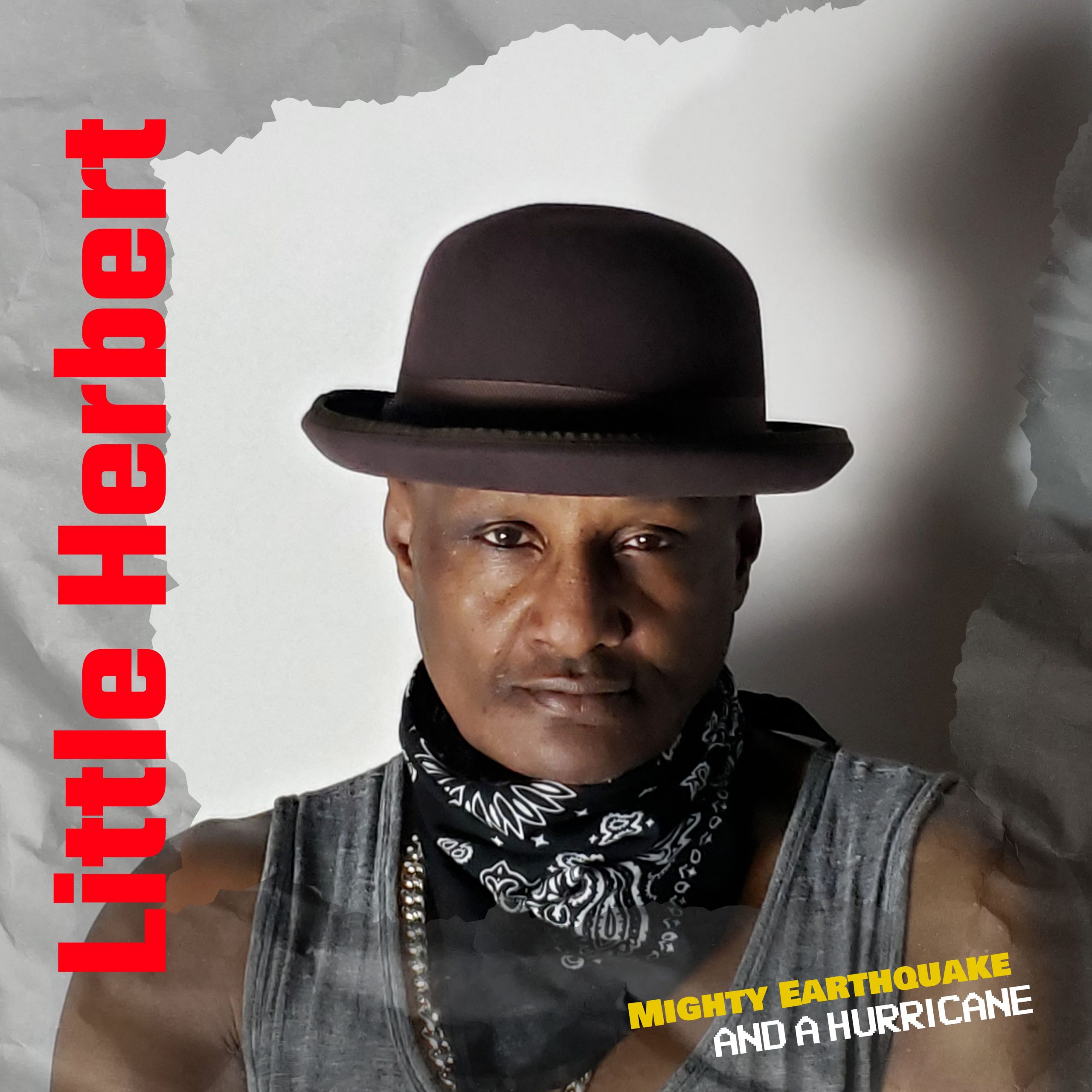 Little Herbert stretches the limits of the genre and incorporates his own life experiences and learnings into his music to create give his audiences a holistic perspective on his interpretation of blues and rock music.

Vancouver, British Columbia, Canada  – July 26th, 2021 – Despite being one of the very few gay black American Blues and Rock singers, Little Herbert is one of the most beloved up-and-coming gay artists particularly because of his involvement with music since 1985. He founded a rock label in the mid-1980s and has lived a life of many ups and downs – most of his experiencing translate into his lyricism. Life threw a lot at Little Herbert – he was homeless for many years; he was jailed with The L.A. Freeway killers for a victimless misdemeanour and alleged male prostitution ( a set-up by the LAPD using a handsome male decoy, in much the same way as George Michael was snared ).

Along the way, many people tried to warn him that his blackness and his sexuality will be a hindrance in his pursuit of musical brilliance, but he turned a deaf ear towards everyone, including his own father, who he thought would kill him because of his sexuality.

Born in Florida, raised in upstate New York, Little Herbert moved to New York City and started a rock record label called Cheektowaga Records in 1985. His incredible and heart-wrenching stories came to life in both the forefront and the margins of his first-ever EP “A Complicated Man” – because that is what Little Herbert essentially is. Even his approach to blues is complicated – he combines and mixes incredible players with non-traditional elements to thrillingly obscure the enigma at the heart of his music. This gives his music a very characteristic ‘Little Herbert’ finesse.

Little Herbert’s story is so linked to the thread and blood of the New York music scene that one can draw quick lines from Herbert to groups like Xica Jool, Hard Facts, Box 7, et al Go to http://www.littleherbert.com/ to download Little Herbert’s music, and make sure to follow him on Instagram/Facebook/Twitter. For interviews, reviews, and collaborations, feel free to reach the artist out through email.

Little Herbert has lived a long life of hardship and challenges. Being one of the handfuls of black gay artists out there, Little Herbert has endured it all: racial discrimination, discrimination based on his sexuality, abuse and even death threats. Amidst all the hardships, Little Herbert found comfort and solace in music and began translating his real-life experiences into his poignant lyricism and sombre instrumentals. He chose to spend his time and energies moulding music careers, which is something he still does often, only now he is devoting his entrepreneurial spirit to his own sound. “A Complicated Man” doesn’t complete his story, but it is by far his most important chapter.