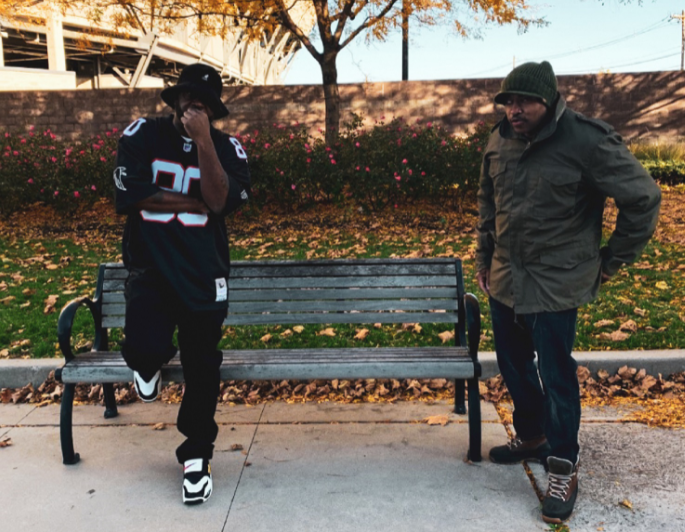 Hip-hop duos offer a dimension of the genre to listeners that no solo players can on their own, and in the case of The Org, they’re taking the tradition to a new level this spring on the back of their new single/video combo “Peace.” A lyric-powered, melody-driven slow jam that bears a bit of the same brashness of its aesthetical roots in old school hip-hop, “Peace” provides us with everything its title would imply, and although there are too many solid rap tracks out right now to mention in this article, The Org’s latest stands up beside any of them impeccably.

I love the exchanges we’re getting between B-Down and 360, the two rappers behind The Org, in this performance, and while I think their spacing in the instrumentation provides critics with compositional credibility, it’s their execution that will likely win over fans more than anything else here. They’re never competing with one another for the lion’s share of the spotlight in “Peace,” but instead working together to culminate a catharsis on the other side of the hook that I haven’t been able to get enough of since I first heard this song just a week ago today.

You can’t go wrong with the cut and dry approach The Org take to the music video for “Peace,” and even though it’s missing some of the overindulgent bling you’d normally see in a contemporary piece (save for the surreal numbers we’re getting out of cloud rappers these days), it doesn’t feel devoid of any charisma at all. These guys come across to me as believers in natural tonality over the sophisticated sound of a synthetic backdrop, and in this performance, they make it awfully hard to criticize any of the minute details in their style simply for this very noble reason.

The lyrics here are alluding to a rich optimism that I really connected with right out of the box, and whether you’re interpreting the grander picture here the same way I am or not, there’s no denying the sparks that The Org get started in the climax of this track. They’ve got positive motivations here, and when breaking down everything from the gospel-inspired substance of the poetry to the manner in which they’re sewing all of it together, it becomes impossible to deny them the respect they deserve in making something as up front and unguarded as they did in “Peace.”

I didn’t know anything about The Org before getting turned onto their music this year, but what they’ve done in this all-new single and its video is something that demands the attention of both critics and fans the same. B-Down and 360 have a lot of swagger in their steps here, and while some might accuse them of being a bit cocky for a pair still coming up in the game, to me their attitude is essential in making this material jump out of the speakers as well as it does. I want to hear more, and I doubt I’m the only one.