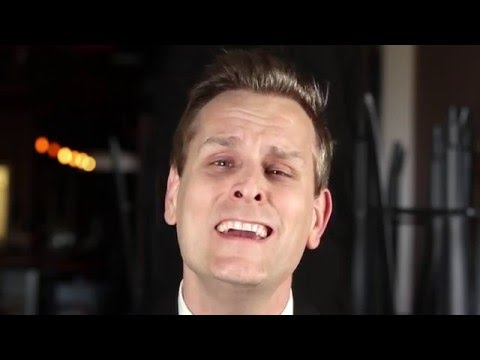 This is an unlikely act with an unlikely name. Un5gettable has its roots in longstanding personal relationships and musical theater, but its primary thrust is the unique concept of five men, decidedly not teenagers, parodying boy band acts like Backstreet Boys and One Direction, among others. Their self-deprecating presentation gives them a defining personality that vocal and musical chops are quite capable of backing up. Musical parody acts aren’t traditionally so high concept. The dominant styles, either raunchy or drug-related humor, aren’t present at all in the lyrics for the band’s latest single “Sorry”. Instead, the lyrics are essentially a musically arranged shaggy dog story about a hapless narrator’s mistakes in love. It isn’t songwriting wasting time while trying to make a connection – the story is clear and its delivered without any self-indulgence.

Songwriter Joe Cameron arranged the song in a clearly theatrical fashion. It’s a common move to write interlocking sections contrasting mood – relatively pensive verses followed with a louder, rousing chorus. It’s a basic building block for much of pop and rock music, but the skill comes with the discernment needed to orchestrate these competing tensions in a dramatic way. Despite the song’s humor, many listeners will find themselves hanging on for the next word thanks to the interesting marriage of music and text. The interweaving of their various voices results in often seamless harmonies while still presenting listeners with five distinct, yet sympathetic, vocals that embody the song’s smirking humor.

The primary musical instruments driving the song are piano and guitar. The former plays the larger role and rhapsodizes throughout the song with surprising lyricism. Cameron and the other vocalists do a superb job singing along with the piano lines instead of performing oblivious to their movement. The guitar has a low-fi, understated quality and only exerts noticeable muscle during the song’s chorus. There is no proper percussion in the song like one could typically expect, but “Sorry” never meanders or loses its way.

Cameron wrote pared to the bone lyrics for this song. There’s virtually some sort of light jab of humor emerging from every line and the verses never fail advancing the song in some way. The chorus begs to be fleshed out a little more to help increase its impact, but the song’s bridge is mildly surprising highlight later in the track. Un5gettable shows some likewise mildly surprising taste with how careful they are to not overplay the song’s joke. They imbue each line with just the right amount of comedic spin.

This is a first rate comedy single, but not a gimmick or novelty song at all. Un5gettable have sense of humor in spades, but their musical skills aren’t inconsiderable. They strike the right balance between those musical and comedic elements and surround it with strong production values. Un5gettable has released good singles before this, but “Sorry” is arguably their best yet. Whatever limitations the band’s concept might have can be mitigated by their obvious talents.

One thought on “Un5gettable – “Sorry””