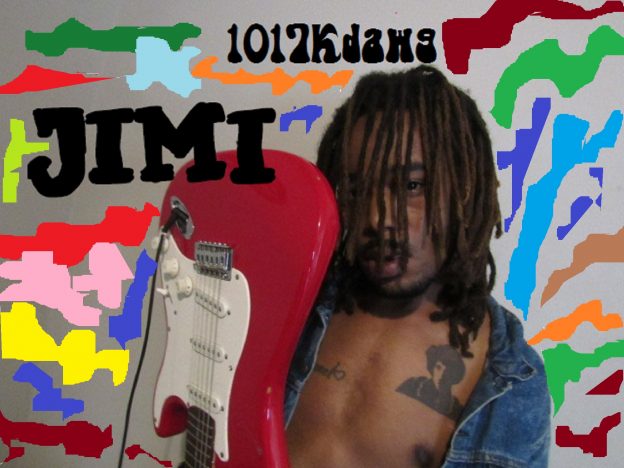 Norfolk, Virginia – July 9, 2020 – Proudly hailing from Virginia is alternative hip hop artist 1017Kdawg. He has been crafting music since 2015 and believes his innovative ways, genre-bending style, and approach to music as a whole make him Jimi Hendrix reincarnated. With that, his upcoming release titled ‘Jimi’ will be out soon. For a taste of what’s to come from ‘Jimi,’ check out the lead single “A Million Shots,” available now on all major music and streaming platforms.

Growing up on bands such as Nirvana and Alice in Chains, and later getting deep into hip hop mainstays like Future and Trippie Redd, there has always been an underlying rock and roll spirit aligned with what 1017Kdawg has created over the years. Penning lyrics and placing them on a spectrum where the lines between hip hop and rock are blurred has been 1017Kdawg’s forte since his first release in 2015. Five years later he is still going strong with “A Million Shots,” the lead single from his upcoming release, ‘Jimi.’ A spirited rap song that motivates all who listen to just enjoy themselves and have a good time.

What stands out though in 1017Kdawg’s music are his lyrics. Possibly because he came into songwriting admiring the master, Bob Dylan. No matter how he got so great with a pen, it paid off in June 2020 when he won a competition The Doors created for #MorrisonMonday. After his poetry won, he was featured on The Doors’ social media pages, reaching more than 10 million fans around the world.

Those interested in adding new alternative hip hop to their playlists, featuring “A Million Shots,” reviewing ‘Jimi’ when available, or interviewing 1017Kdawg for their site, podcast, or radio show can reach out via the information provided below.