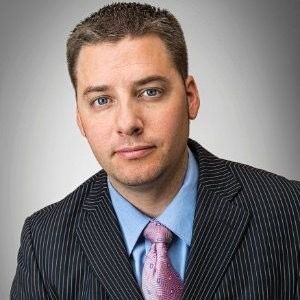 Glendale, AZ, Maricopa — Thursday, May 28th, 2020 — Average Joe is telling it how it is for sure. Most music nowadays is lacking in substance and has no real message. He comes right out and says that he used to be a drug addict. Talks about how the quarantine has effected him “Posted up watching Tiger King on dat dem der Netflix!” This artist has a sense of humor, and also speaks the truth. This is also a very unique sound with a slamming hip hop beat, and a country artist rapping over the top of it! When did country music get Bars, and did a country artist just call out 6ix9ine, and throw the Democratic Party under the bus? People are asking.

This song is an American Anthem and truly promotes the 2nd amendment. Wouldn’t get on this artist’s bad side because he will put it in a song, and tell the world!  He is bringing the truth to light in a very creative way through music with substance. You can immediately listen to Middle Fingers Up on Spotify, Apple Music, Amazon Music, I-Heart Radio, YouTube, Soundcloud, and all other major streaming platforms.

“This is the most real song out today, and pretty much hits on everything the world is going through.” This artist is bringing a new sound, and a real message. All should share this song with everyone they know.

This is a new up-and-coming artist that is starting to grow a large social media following. He is creating a buzz on the internet with his unusual style, and delivery. People are asking when did country music get bars? Is the Country, or Hip Hop? He has a slamming beat behind his music that is for sure. Listen to the end he calls everyone out. It is comical.

You can stream his music on all major platforms such as Apple Music, Spotify, Pandora, and Amazon Music.

Average Joe is giving the Southwest a true sound! He is a hip hop artist that crosses over on the country music side. Bringing a very unique sound out of the Southwest. He was born and raised in Flagstaff, AZ. He moved to Phoenix when he was 19 years old to DJ in most of the top clubs in Phoenix. He has expanded his musical talents from being a DJ in night clubs, and terrestrial radio to becoming a true artist that has his style, and sound. He tells a very real story in all of is songs based on his life experiences. He lives a very modest life and is just your Average Joe.