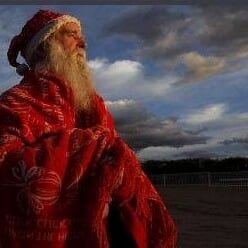 Ontario, California — Monday, June 1st, 2020 — “Santa” James Zyla is a Singer/Songwriter and Piano Musician that grew up in England, then came to Hollywood. He played music and sang in Clubs, Restaurants, and Bars in England and then in California, Nevada, and Arizona to standing room only crowds. With a following of over 10,000 Fans and Friends, he regularly broadcasts his music on Facebook on James Zyla’s Internet Piano Bahn, and on YouTube on his “Santa” James Channel.  “Santa” James is the consummate Entertainer, with a song, a poem, a joke, and a hug for all that he meets! With a photographic memory, he wins the hearts of his fans.

“Santa” James has written and recorded over 50 songs and would like to share his songs with upcoming artists that need a hit.  His talent is genuine, and his keyboarding skills were honed over 62 years in the music industry.  His music is upbeat, and he can share emotion in his songs.  He spent ten years in Hollywood making over 300 movies and television shows.  He is a creative scriptwriter, with novels, poems, and science fiction works for sale as well as his songs.

Known as Kingman’s Adopted Grandfather, Santa James was loved by 25,000 people in Kingman and Golden Valley, AZ, and as evidenced in the Readers Digest Article on him in the Nicest City Contest, he won the Nicest City in Arizona for the City of Kingman. He has presented the Key to the City of Kingman and the Unity Award by the Mayor, which means more to him than the Grammy he never got. “Santa” James is a world-class entertainer and showman. Take a look.

Santa James can be reached on his website www.jameszyla.simplesite.com or by telephone at (909) 227-2681 or email to [email protected]

“Santa” James is the iconic out of the box performer and pop culture icon, as evidenced by the Los Angeles Times article that took one week to write and photograph by two photojournalists.  Do not judge the book by the cover or you will miss the talent that lies with “Santa” James. Listen to his words, his music, and the emotions he expresses.  He is a marketable musician, songwriter, and singer that has a following that grows daily on social media.  Now is the time to act and make contact with “Santa” James. He has the energy and expertise to perform in large and small venues and is a crowd-pleaser.

“Santa” James easy listening style, pleasant voice, and positivity are sure to please any audience.  The emotion and sensitivity in his original songs will guide any artist to success.