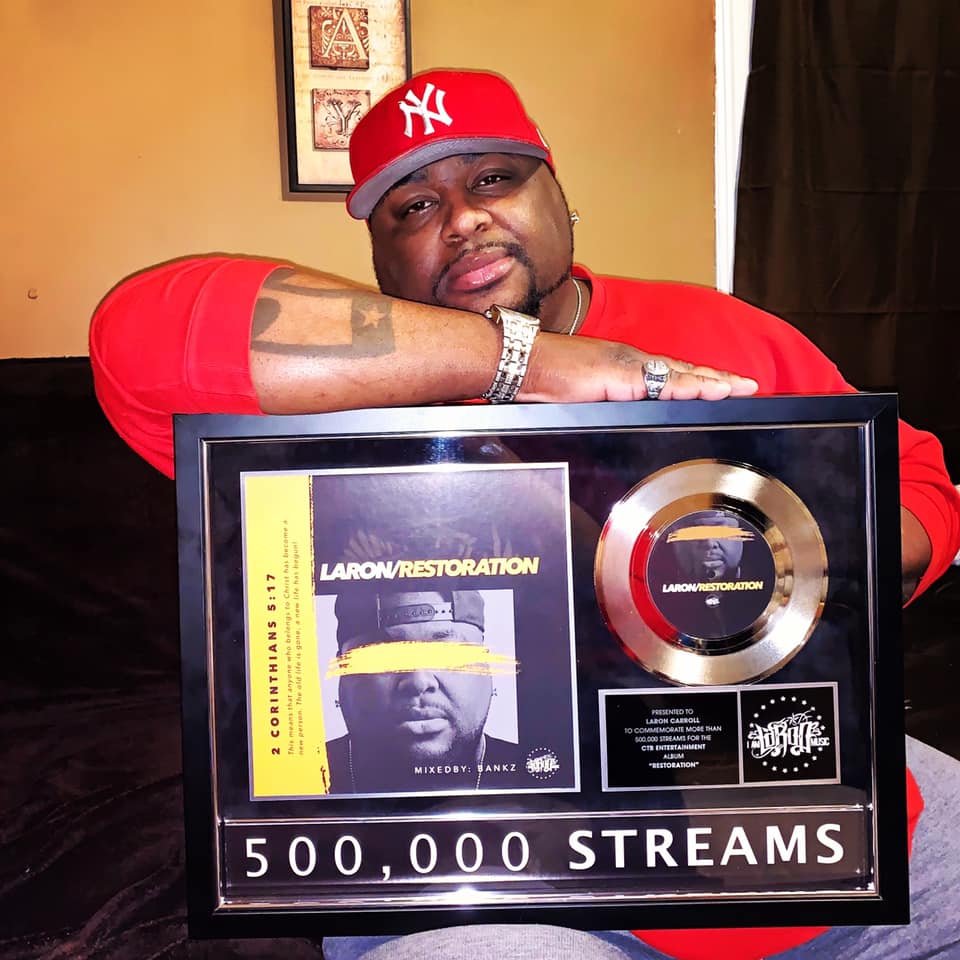 Moundsville, West Virginia – Not many people have the courage to walk away from a society-defined success to pursue their faith. While others may criticize the action, in the end, our faith is what stays with us. The Christian Rap artist, LaRon, can certainly echo this sentiment.

LaRon had a successful hip hop career, working with big names such as Wiz Khalifa, Cardi B, 50 Cent, Future, Young MA, and DJ Envy. From worldwide airtime for his music video featuring Mike Jones on BET JAMS to meeting with Atlantic Records and Roc Nation for a record deal, LaRon was on the path to superstardom.  But instead of fortune and fame, LaRon chose faith and Jesus and walked away from secular music and a million dollar record deal. LaRon has triumphed and is back stronger than ever, spreading the gospel and inspiring listeners to make their dreams come true.

After a hard life filled with obstacles that threatened to ruin him, LaRon emerged victorious. As a dedication to how far he has come, LaRon released an album and a single, ‘Victorious.’ The album tells the listener about his victories over his hard times. It inspires and motivates everybody who listens to the music and the lyrics.

His previous album, ‘Restoration’ and new single “Good For That” featuring Juelz Santana and EP “The Covenant,” along with his latest album, ‘Victorious,’ are all available on all major streaming platforms. ‘Restoration’ has over 560,000 streams and fans can’t wait for more hits from LaRon.

For more information and to connect with LaRon, visit his social media pages below and follow his journey and interact with the artist himself!

LaRon is an Christian Rap and Hip Hop artist, songwriter and actor, currently residing in West Virginia with his wife & kids. LaRon has been writing music since he was 10 years old and started taking it seriously at 15. LaRon has been working hard to make his dreams come true of making it big ever since. LaRon’s main goal is to sign with a major record label as a Christian artist.