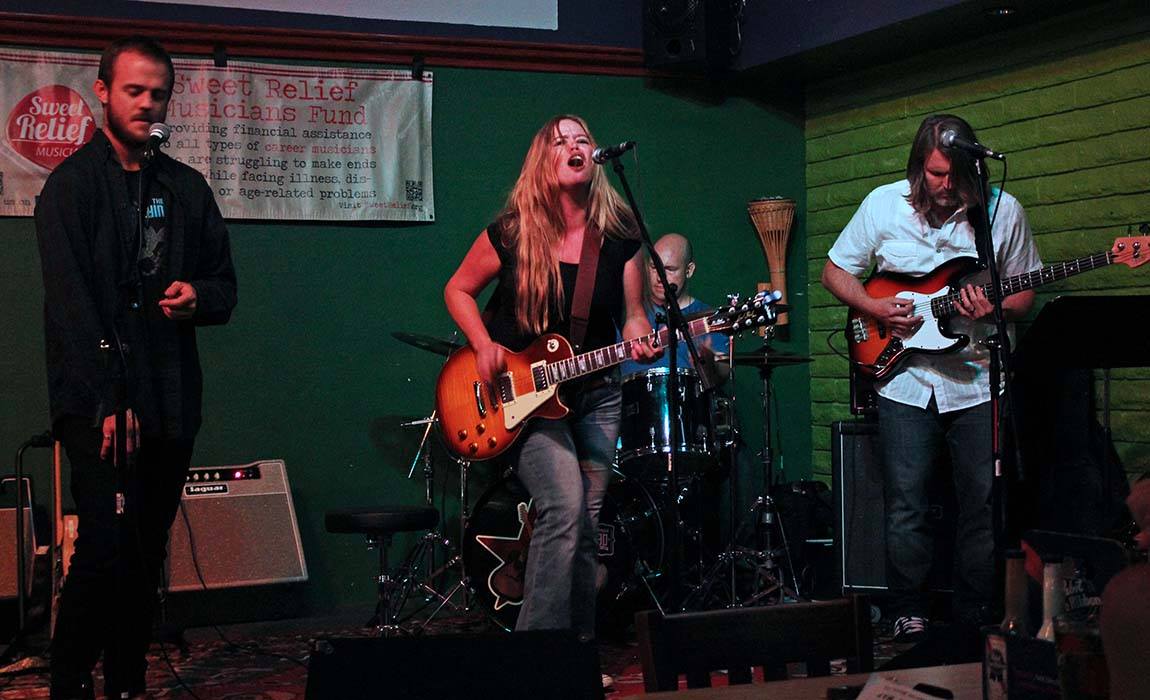 Courtney Chambers – Tales of the Aftermath

Courtney Chambers’ fourth album, Tales of the Aftermath, moves the posts for her in a significant way. While her traditional concern as a songwriter, matters of the heart, remains in full view, the new album’s ten songs take a nuanced, genre-hopping musical approach and exhibit a sharp writer working at or near the peak of her powers. Each of the songs contains a handful of dramatic lines that, when Chambers delivers them with her customary soulful commitment, will knock the wind out of many listeners for a second. Despite the deliberate tempos and careful orchestration, Tales of the Aftermath is never a staid effort. The production gives it a live intimacy without ever being overbearing and balances its focus well between the multiple instruments. The guitars and Chambers’ gently insistent voice are captured particularly well.

“Fool in Me” opens the album on a note of jaded love. The band creates a sultry groove for Chambers to indulge her gifts for blue note jazz vocals. She knows how to use her voice well and inhabits every moment of the track from the moment she enters, but she does an equally impressive job of simply accompanying the melody and singing with the band. “Love and Music” leaves a mark as one of the album’s sturdiest cuts, a fully-rounded composition driven by considerable musical merit and an eminently relatable concept. Chambers should be applauded for her apparently effortless balance between appealing pop textures and deep songwriting skill; typically, artists will pander for commercial attention and there isn’t a second in “Love and Music” that feels calculated or insincere.

“Extraordinary Lives” benefits from an unique musical juxtaposition. While piano lines streak across the song’s surface and flutter in the mix, the uptempo pace and authoritative drumming keep the track percolating with energy. Chambers’ vocal responds to this dynamic combination with memorable phrasing and insightful lyrics. “Wasting Time” takes a surprising plunge into dissonant alt-rock peppered with interesting percussion and jangling, fuzzed-out guitars. There’s a number of subtle tempo shifts highlighting the band’s high skill, but there never gratuitous additions. Instead, they further spice up an already turbulent track. The album’s penultimate song, “Rush In”, returns listeners to more familiar territory, but Chambers still has some surprises in store. The song opens as a spare, sensitive acoustic piece and, while it never loses the depth present in all Chambers songs, the song’s midway point has the song expanding into a tastefully done, pop mini-symphony. It’s one of the album’s most cinematic moments.

The final song “Winter” slows things down and dives even deeper within. The presentation and performance imply that this is Chambers at her most vulnerable, exposed from behind the wall of sound defining much of the album, and revealing herself to us entirely. If it isn’t true, she deserves even greater praise. Any final verdict on this album’s merits would be remiss to not adopt that position – even if every note on this album were thought out and carefully arranged for maximum commercial appeal, this reviewer wouldn’t be able to criticize it much. Courtney Chambers is an accomplished songwriter of rare skill and Tales of the Aftermath, rather than being pure pop product, glistens and glows with the earnestness and artistic control of its creator and her collaborators.