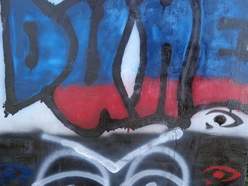 Joseph Jones is a multifaceted singer/songwriter who relies heavy on his attention to musical detail. “Blues and Greens” is just like a jam session in the back of a friend’s house late one night, when everything’s right and falls into place. “Not My Style” has more of a city feel to it. You can see fog filled streets, yellowed lights and a bad idea in someone’s mind as the music lurks through the night. “Blues Jam” is where Joseph Jones gets his hands a little dirty with this gritty take on the blues. Then in an instant the mood is changes, the atmosphere goes from the home place of the blues to the deserts of New Mexico in an instant with “Messing Around.” It’s that kind of skill that is to be admired in a musician who keeps his music void of words. Then just as you think, one thing, he adds lyrics to “To the Moon.” Even then, the music is welcoming. If you’re into music that ranges from blues to folk, check out Joseph Jones. (https://www.reverbnation.com/marklar)