Mia J. Presents A Modern Take On R&B With ‘‘Wanheda’ 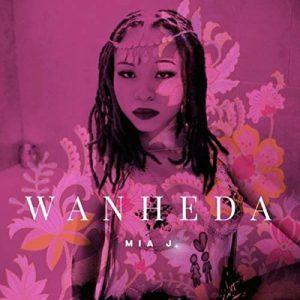 Washington DC – April 24, 2020 – Every generation has their version of a particular genre. Rock, Hip hop, country, and even R&B have all shifted and changed over the years. With R&B, what started as Motown favorites, transformed into chart-topping, baby-making hits in the ‘90s thanks to artists like Boyz II Men, Brandy, and Babyface. Now, today artists like SZA, H.E.R., and Mia J. are taking R&B in a new direction. Still sultry and cool, but in a modern way. One can hear all of that and then some on Mia J.’s debut, ‘‘Wanheda,’ available now.

‘Wanheda’ features a handful of songs that showcase Mia J.’s pristine vocal abilities. Like butter under a heated knife, each track is as smooth as the last, as well as addicting. “Do It For Me” kicks things off with ease as things progress towards “In My Bag” and “On Movas” until the album winds down with melodic wonder that is “Llyg.” Not only is this song dedicated to the memory of her little brother, the late Robert Glasco, but it also pays homage to a fallen R&B icon, Aaliyah with a sample of her hit single “One in a Million,” which ruled airwaves in the late ‘90s.

Mia J. got her start in Washington DC where she was born, raised, and fell in love with the arts. She started singing when she was just a kid and quickly found herself writing songs at the age of seven. From there, her interest only grew and it all culminated in her current debut ‘Wanheda.’ With one record already under her belt, Mia J. is already working on the follow-up and was planning a tour of the east coast but had to put that on hold due to the current COVID-19 shutdown. Once the coast is clear, she will get back to planning that run out east.

Those interested in adding new R&B to their playlists, reviewing ‘Wanheda,’ or interviewing Mia J. on their podcast, site, or radio show can reach out via the information provided below.

About:
Mia J. is proud to present her debut album, ‘Wanheda,’ available now.