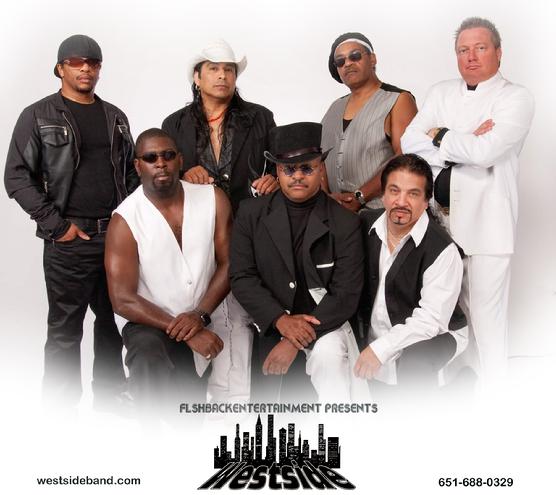 As these boys so proudly state: “There ain’t no party like the Westside party…Cuz the Westside party don’t stop.” This, among so many other statements, is the truth. Westside Band is here for your aural pleasure, and when they come ‘a knocking, you better answer. The band, which formed in 1981, has a lineup that is as follows: Junior Trejo, Polo, Chico, Rick Borr, Dan Rea, PD, and Gerald. All members sing together in very interactive and upbeat harmonies.

The band’s songs include covers and originals, all that sound like a mixture of funky rock and pop songs. All members play instruments ranging from trumpet to sax to guitar to piano. Their harmonies are catchy and uplifting as they sing about lost lovers and the “good times.” Their new album is called Chillin. There are some great tracks on here that have great beats and interesting arrangements. In particular, one song you should check out is called “Chillin,” named after the album. It has the right sense of R&B flow with the exuberant “Californian” style guitar—quick plucks and little musical inflections that course their way through the lyrics. The song “Love You In The Morning” has a quick syncopated, almost reggae-style strumming for the guitar. This adds a brightness to the song, even though the song’s lyrics deal with an “emotional roller coaster” in a tumultuous relationship.

Other songs you will want to check out from the Westside Band are “My Lady” and “Take My Hand.” These two songs are very much more the R&B side to the Westide Band. Both have interesting beats and cool, “chill” rhythms. To learn more about the Westside Band, check out their website: https://www.westsideband.com/cds.html