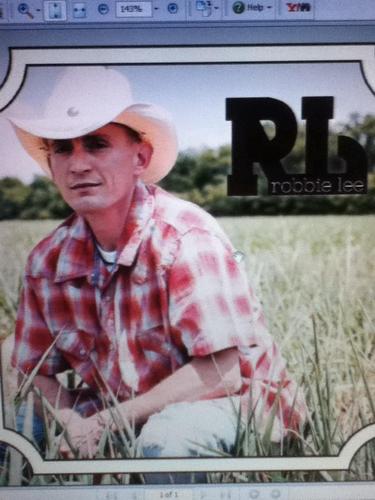 There is more to Country music than singing about a morning on the farm, and Robbie Lee proves just that. This country boy looks like a full blown cowboy and owns that masculine twang like a boss, as he draws inspiration not only from the world around him, but the people he loves most. Most of the songs Robbie Lee offers up are about the love he has for his family, but more on those later. Right now the focus is on the Country tunes that bring about the party feeling. Its All Up to You and Crowtown Saturday Night are both up tempo pieces that will make any country fan get up and take on the dance floor at the local pub. Now to the heart of the record which happens to be made up of the real emotions that Robbie Lee pours out into song about his wife and daughter. Before You Speak is a slow, moving song tells the story of Robbies upbringing. He now only shines light on his past but his present with his wife. Miracle to Me tells the ups and downs are worth it, while By Your Side is like a musical promise to always be there, as is Thats Our Job. Those were all great, but it was the song about his daughter, Sarahs Song, that really hit it home. The shout outs to all Sarahs favorite things like Spongebob and Barney were cute touches that made it very personal. Robbie Lee is a Country man who puts his heart, literally, into his music much like that of George Straight.