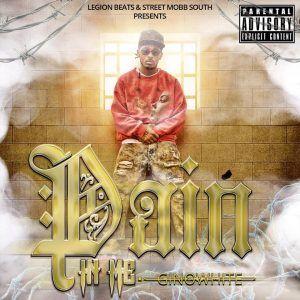 Pulaski, Tennessee – April 10, 2020 – The world may be at a standstill but that doesn’t mean creativity and art have to take a break. Artists like Gino White are continuing to push forward and make things happen. For the Southern rapper that means putting the final touches on his debut album, ‘Pain In Me,’ which is due out September 18, 2020.

Presented by Street Mobb South Ent., ‘Pain In Me’ is already stacked and packed with pristine production from the likes of Legion Beats. Audiences can get a taste of all that and then some thanks to the lead single, “Feel Like Me” featuring June B, which is available on all major streaming platforms now, including Spotify. Alongside June B, Gino White also has appearances from the likes of MJ and Sara Shine on his upcoming debut.

While this is Gino White’s official debut, he’s been making music for years. 14 in fact. Over that time he’s released EPs and singles along the way including the ‘Patiently Working’ EP, as well as “Work” and One Day” in previous years. When he isn’t working on his own music, Gino White is serving as the mixing and editing engineer at Mobb House Studio. Which is why his tracks are as well-polished as can be.

Those interested in adding new hip hop to their playlists, featuring “Feel Like Me” on their site, or interviewing Gino White for their podcast, site, or radio show can reach out via the information provided below.