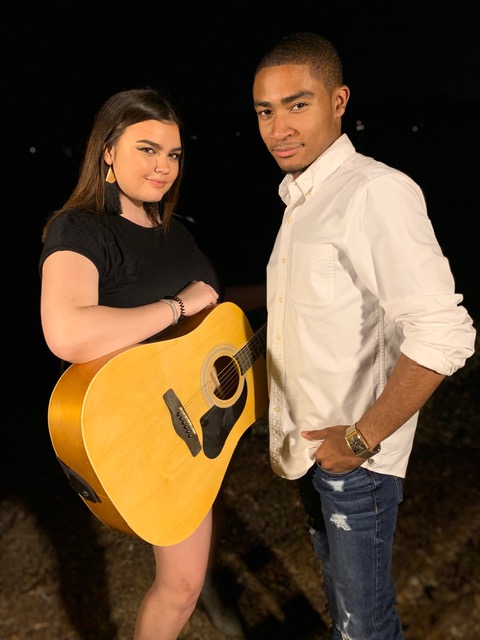 Columbia, SC — Tuesday, August 6th, 2019 — After days, months, and years of practicing, the hard work finally paid off! With great God-given talents, Mollie Hanna and Phillip Gilchrist are two hardworking musicians that you do not want to draw back from. They are from Columbia, South Carolina, where they went to school and studied music in middle school, which is of course how they met.

Throughout their life, music has always been right in the middle. They started to sing together in seventh grade and performed together all over. Some of their performances include performing at Disney, singing at many district events, and even performing at many of the school’s functions. Growing up, Mollie composed lyrics for many different artists around the South Carolina area and perfected her craft, also, Phillip studied music theory and also perfected his craft which led him to perform at Carnegie Hall in New York City.

As a growing artist, they study some of the greatest musicians such as Elton John, Michael Jackson, Clive Davis, and L.A Reid. One quote that Mollie and Phillip live by is: “Music is a moral law. It gives soul to the universe, wings to the mind, flight to the imagination, and charm and gaiety to life and to everything.” – Plato. This one quote is what inspired them to create their unique sound.

They are two independent pop artist, who has a strong drive for making music compositions, singing, and being the TRUE musicians they are. They play a large variety of instruments such as piano, guitars(both electric and acoustic), all the brass sections and more, but their main instrument is voice. They released their first single “Like I Love You” which received thousands of streams on Soundcloud, and is now available on all digital platforms and even on radio stations around the world. Their new single titled, “You’re Not Mine” is a song filled with exciting rhythms and clustered harmonies.

Mollie Hanna and Phillip Gilchrist are one unique pair. From performing at pep rallies to creating their own sound, they have come together as one to change the music world. Striving to be the best they can be, they are certainly on their way to exploring the outstanding opportunities the world has to offer them.

As we continue to make great music, we ask that you join us but not only that, we want you to connect with us.

Mollie Hanna and Phillip Gilchrist want to be different. They know that if they were to put their minds together to create an interesting sound, who could copy it? Their music consists of clustered harmonies, complex rhythms, and a summer vibe.