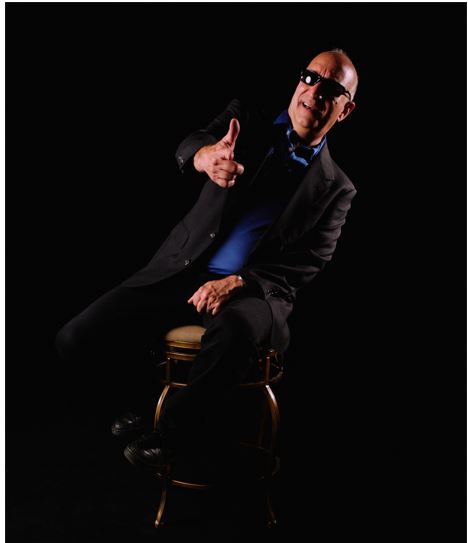 Influenced by multiple genres and artists, Rich Onorato is bringing a change in the world of music with his eclectic song-writing ability and original music.

Park Ridge, New Jersey.   July 26th, 2021 – Emerging artist Rich Onorato is a singer/songwriter with incredible musical talent, especially excelling in the genres of Classic Rock and Pop Music. With over 100 songs written, the artist tends to experiment with all sorts of sounds, instrumentation and arrangements and writes within a variety of other genres including Jazz, Blues, R&B , Progressive Rock and Country . Rich is a keyboardist and lead vocalist and has been playing his original music in various live bands for over 40 years in countess venues and at numerous events in and around the Greater New York City Metro area. He also plays and writes music on acoustic guitar.

In addition to playing in live acts, Rich Onorato has contributed his music to a variety of other projects including an Off-broadway production of George Orwell’s “1984” and Starline Film’s documentary “Anyone’s Son”. He also showcased his musical capabilities by providing the instrumental theme music for Primed’s podcast “Frankly Speaking About Family Medicine” with Frank Domino, MD which recently logged over 1 Million listeners. Having released a number of outstanding compositions, the dedicated artist is an accomplished life-long singer/ songwriter who is widely known for his high- energy and passionate live stage performances.

His compositions are highly influenced by 1960s and 1970s classic rock. Audiences who grew up listening to this music highly identify with Rich’s original music. Rich’s formula for success is to co-mingle his original material with standard classic rock songs during live performances. Often, fans would come up and ask Rich which band originally played a song that was in the set, not realizing it was an original song written by him. Many of his songs are known and loved by his audiences and have become part of the “soundtrack” of many people’s lives.

Like many artists , Rich Onorato’s  musical inspiration comes from many people, places  and events that have  influenced his life. Certain memories shape and inform his music and through these sources of creativity, he channels his inner artist, writing music and lyrics that serve not only as his own sanctuary and retreat but also that connects and resonates with his audiences. Inspired by a number of artists, musical styles, and genres, Rich has released a considerable amount of compositions and will continue doing so for many years to come, posting new songs to his website  every few weeks.

Singer and songwriter Rich Onorato is an established  musician from  Northern New Jersey . Over the years, he has written over 100 songs and has been performing live shows for over 40 years . He draws his inspiration from artists such as The Beatles, The Who, Pink Floyd, The Rolling Stones, Led Zeppelin, Cream, Traffic, Queen, Chicago, Paul McCartney, Pete Townsend, Steve Winwood, and many more.

Learning to play the piano at the age of 5, music has always been a major part of Rich’s life . He started writing and composing soon thereafter, working passionately to become the artist he is today.